For all the modern-day desire to emulate Steve Jobs, the heroic nerd isn’t a new American trope. As long ago as the Gilded Age, scientist Nikola Tesla was a celebrity. He lived at the Waldorf Astoria and was close friends with Mark Twain.

But he was neither entertainer nor robber baron. Rather, as the inventor of an effective alternating current system of power generation, he’d helped usher in a new, electrified era. His ambitious visions of the future (and complete lack of a filter) made great copy, meaning newspaper reporters were always eager to put him in print.

In 1901, at the height of his fame, Tesla built a laboratory in the rural farmland of Shoreham, Long Island. Dubbed Wardenclyffe, the facility was designed by Stanford White and meant to be the site of his greatest achievement yet: Intercontinental transmission of wireless radio signals. But it wasn’t to be. “Wardenclyffe was a landmark as magnificent in concept and execution as America’s Golden Age of electrical engineering ever produced,” writes Margaret Cheney in her 1981 biography Tesla: Man Out of Time—“magnificent and doomed.”
END_OF_DOCUMENT_TOKEN_TO_BE_REPLACED 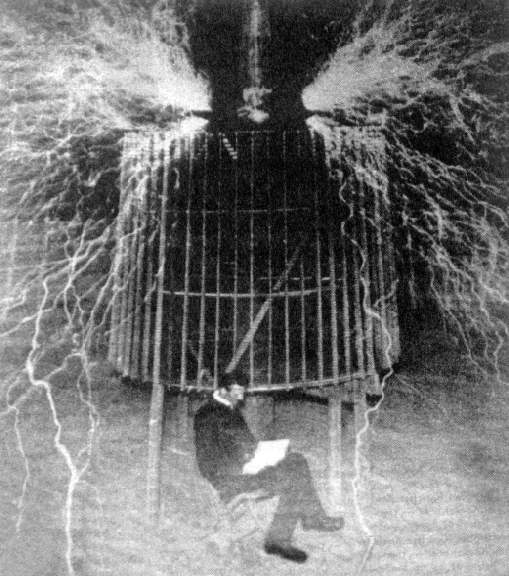