Yesterday, we told you about the new charges being brought against early Reddit employee and activist coder Aaron Swartz. He’s now facing 13 federal counts after allegedly downloading large portions of JSTOR, an academic database filled with articles and data, in order to release it to the public for free use.

Today it seems that Mr. Swartz has a potentially influential ally in his corner–Bettina Neuefeind, wife of Creative Commons founder Larry Lessig.
END_OF_DOCUMENT_TOKEN_TO_BE_REPLACED 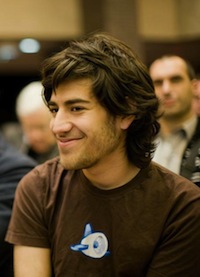