A couple of weeks ago we told you about the Wiki Weapon Project, the brainchild of a group called Defense Distributed that was initially raising money on Indiegogo to develop open source blueprints for a 3D-printable gun. Indiegogo suspended the campaign and refunded all the backers, but never gave an explicit reason for doing so.

“I put in the basic appeal with Indiegogo once they sent me the email that all of our funds were being refunded to contributors,” Cody Wilson, a student at the University of Texas School of Law and cofounder of Defense Distributed, told Betabeat by email. “I got a thank you and a help ticket, but no word back. Basically TOS violation is the reason I think they’re sticking with.”

Betabeat reached out to Indiegogo at the time, but still hasn’t heard back. It does seem that the Wiki Weapon project violates at least one term, though it gets a little definitionally murky:

You may not use the Service for activities that:

But the fundraising setback has not deterred Defense Distributed. Mr. Wilson said that in the days since Indiegogo canceled the campaign, “Wiki Weapon project has received $12k, as well as the promise from one angel investor to match all contributions received above $10k dollar to dollar. There are some big offers potentially coming down in the week upcoming as well. We’ve begun prototyping as well.”

We asked Mr. Wilson–who claims he is working towards “realizing a private law society”– to name the investor, but he played coy: “I can’t name the investor! They wish to maintain some anonymity 🙂 Let’s call them an inventor.” Hmm, too bad Nikola Tesla is long gone.

Despite getting kicked off of Indiegogo’s platform, the Wiki Weapon project has been collecting money through its donate page. Mr. Wilson said that 90 percent of donations collected to date have come via PayPal or Bitcoin. The team is over halfway funded, with just $8,000 more to raise before reaching its $20,000 goal.

The Wiki Weapon Project is a rather terrifying prospect; while it might seem downright pornographic to libertarians and gun-toting Tea Party patriots, it raises some uncomfortable questions about the implications of certain technologies. Would a fire arm printed using a 3D printer require a license to make or operate? Could it undercut gun control laws? And given the spate of mass shootings recently, could 3D printed guns serve to exacerbate gun violence?

Mr. Wilson says he and the team are already heading off these concerns. “We consulted with a pretty prominent firm in Richmond, VA early on,” he told Betabeat. “The legalities actually involve a broad range of issues, from future products liability issues, ip export problems, and then your basic statutes like the undetectable firearms act. But no, our research and counsel suggest we do not need licensing to print the firearms unless they would be considered class II weapons (autos, etc.). Our main concern is detectability, so when we print we’re adding x-ray signature blocks.”

“Given mass shootings, I’m not concerned about the marginal increase to access this technology initially represents,” he added. “As of this morning, I’m not sure ABS or other composites will even yield something safe enough for people to adopt. The topic is worthy of serious discussion, but at least in the US, cheaper and much more reliable firearms are far easier to get your hands on.”

For the trigger happy, a 3D-printed gun is still a fevered pipe dream; for others, it might better resemble a budding nightmare.

We’ve reached out again to Indiegogo for comment, and will update when we here more. 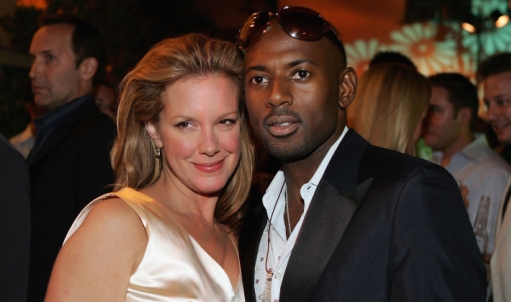