With an ill-advised tweet posted Wednesday, WikiLeaks may have won the tacky self-interest sweepstakes. The tweet, which was quickly deleted, suggested a deadly attack aimed at the American Embassy in Benghazi, Libya was justified by Julian Assange’s refugee status inside the Ecuadorian embassy in London.

The Guardian assumed the tweet was written by Mr. Assange. Whoever posted the statement, they clearly weren’t looking much further than their own navel, writing:

By the US accepting the UK siege on the Ecuadorian embassy in London it gave tacit approval for attacks on embassies around the world.

This was met with immediate harsh criticism by many who follow the account. Twitterer @GoldieSev responded, “Oh for fuck’s sake Julian, everything isn’t always about you! *Facepalm*.”  Another tweeter, Gareth Winchester, wrote, “There is no seige (sic) on the Ecuador embassy in Knightsbridge. Stop lying.”

By the UK threatening to breach the Ecuadorian embassy in London it helped to normalize attacks on embassies, in general. It must retract.

By the US accepting the UK threat to storm the Ecuadorian embassy in London it helped to normalize attacks on embassies. — WikiLeaks (@wikileaks) September 12, 2012

The whistle-blowers followed up with an explanation of the deletion that implied the controversial post was deleted because perhaps people were too stupid to get it:

We have deleted and rephrased a previous tweet with the word ‘tacit’ in it, since the word is rare and was being misinterpreted.

This certainly didn’t help much, as at least one follower replied, “You’re still assholes.”

Julian Assange has more serious issues to worry about than pissing off his Twitter following. If he puts a toe outside the Ecuadorean embassy, he will be subject to arrest and extradition to Sweden, where he faces allegations he sexually molested two women during a junket there in 2010. 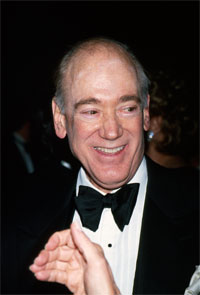