The feds finally took the suspense out of the Trenton mayor’s situation when they dropped the hammer Monday and… just kidding. See Losers, below.

When the feds went ape in 2009 and bagged that dragnet of rabbis, politicians and other Dwek consorting rumbums, the classic steel-plated Hudson eateries bore the broad brush of proximity to corruption as the sites of numerous alleged dirty deals. This time, though, Mack’s alleged partner in crime is owner – not of a diner – but a steak house called JoJos, sparing diners the tired guilt by association trip unfairly exercised in the Dwekfest.

Monmouth Democrats showed they have a pulse in an economic downturn when they went to the scene of a Christie town hall bearing signs aimed at the GOP governor’s record, holding him to account for presiding over a state with 9.8% unemployment. Insiders said Gopal, the new young chairman of the party, was responsible for organizing the Dem offensive.

Mack won’t resign. He has kids, no other source of income and the neighboring example of John Becivengo in Hamilton to argue in favor of trying to stare down corruption charges from City Hall. But Jackson, the former Department of Public Works director under Mayor Doug Palmer, is well positioned to run for mayor in 2014.

Polls show the president leading his Republican rival in key battleground states, and crushing Mitt Romney in New Jersey by 14 points, according to Fairleigh Dickinson/PublicMind.

The feds at last bestowed New Jersey’s version of the scepter of the realm – handcuffs and legirons – on the long embattled mayor of Trenton, charging him with conspiracy to approve a city parking garage in exchange for cash payments in envelopes and relied on his brother for the biggest dollar collections.

The Superintendent of Public Works for North Bergen Township pleaded guilty this week to routinely using municipal employees for household chores and personal projects at his home while they were on the clock being paid by the municipality.

The former superintendent for the Toms River Regional School District was sentenced today to 135 months in prison for taking bribes to influence school district insurance contracts. The 66-year old Ritacco previously pleaded guilty before U.S. District Judge Joel A. Pisano to a Superseding Indictment charging him with mail fraud and conspiracy to defraud the IRS.  Judge Pisano imposed the sentence today in Trenton federal court.  Ritacco will begin serving his sentence immediately.

The city would be a joke, let’s face it, if not for the fact that it’s a tragedy. A catastrophic tragedy. An insider stood over the ruins of New Jersey’s capital city Thursday evening sadly surveying the scene of the Battle of Trenton with images of Tony Mack’s face in every newspaper stand. “Do you think when the Continental Army beat the Hessians here, they thought their blood would enable – the killing of young black youth on these streets?” 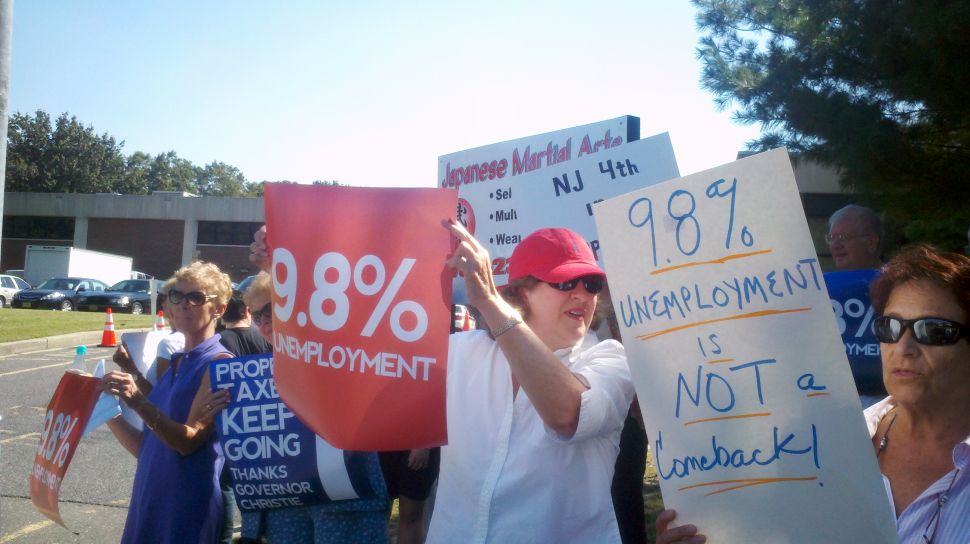