PERTH AMBOY – Women Demcratic leaders this afternoon staged a counter offensive on behalf of Mayor Wilda Diaz, eviscerating the campaign consultant of a Diaz opponent in an increasingly acrimonious contest.

“I’ve watched her work this city from a big deficit to a smaller deficit,” said Senate Majority Leader Loretta Weinberg (D-37). “I am here to warmly embrace her as she runs for a well-deserved second term. ..To stand up to the ‘you can’t run for office, little girl, go home’” mentality.

Over the course of several months Devine sent the mayor emails threatening her with consequences if she did not drop out of the race.

Devine wrote that the mayor lacks “the gravitas” and “intellect” to perform the job, which Devine worked to get Diaz as her campaign consultant in the 2008 mayor’s race.

As today’s press conference started, Devine put an exclamation point on his emails.

“This is nothing about women in general,” he told PolitickerNJ.com. “I was endorsed by the National Organization for women when I ran for office and I support every woman’s right to choose. The point is I would challenge her to take the SAT. I worked with her on the campaign and she’s intellectually inadequate for the job of mayor.”

Devine’s opponents whisper that he wanted a job after the 2008 toppling of Vas, and didn’t get it.

“I would not have asked for or accepted a position in the Diaz administration,” Devine insisted.

But he was the object of anger throughout today’s press conference.

“I call upon Mr. Delgado to disassociate himself from his campaign consultant and his remarks,” said Pou.

“Mayor Wilda Diaz has been an upstanding role model for countless young women, especially Latinas who are underrepresented in the ranks of government,” said the senator. “The personal attacks on her character and credentials are groundless, and needlessly coarsen public discourse in our state.” 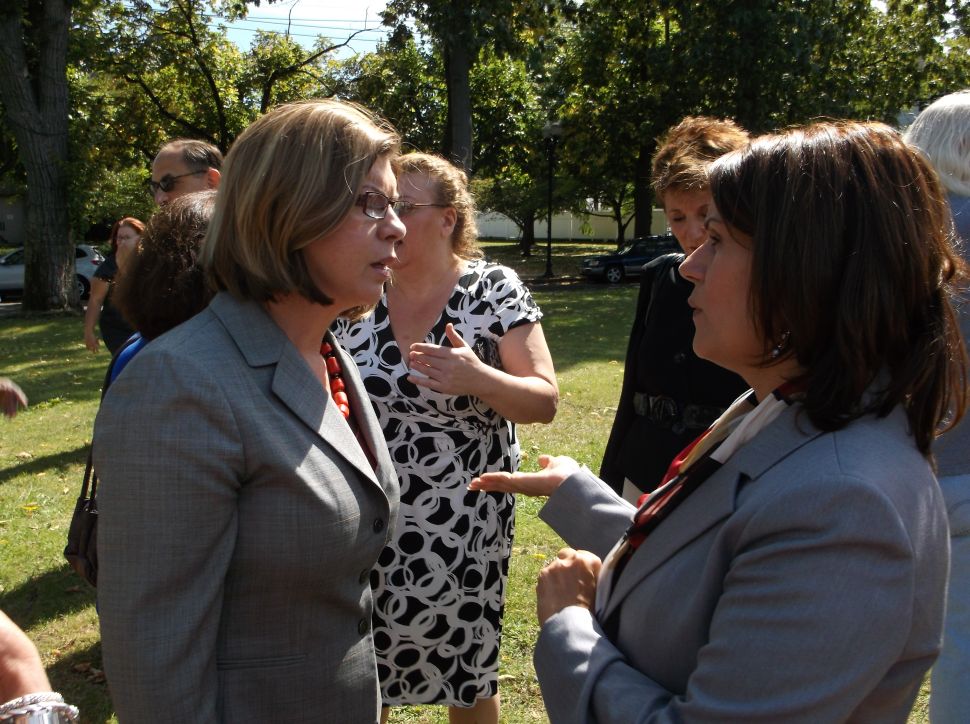