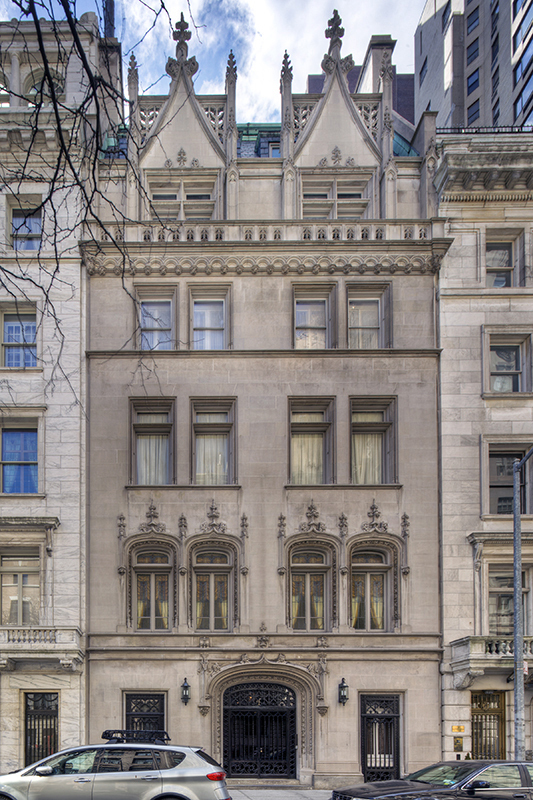 Flanking are the two other Woolworth mansions. 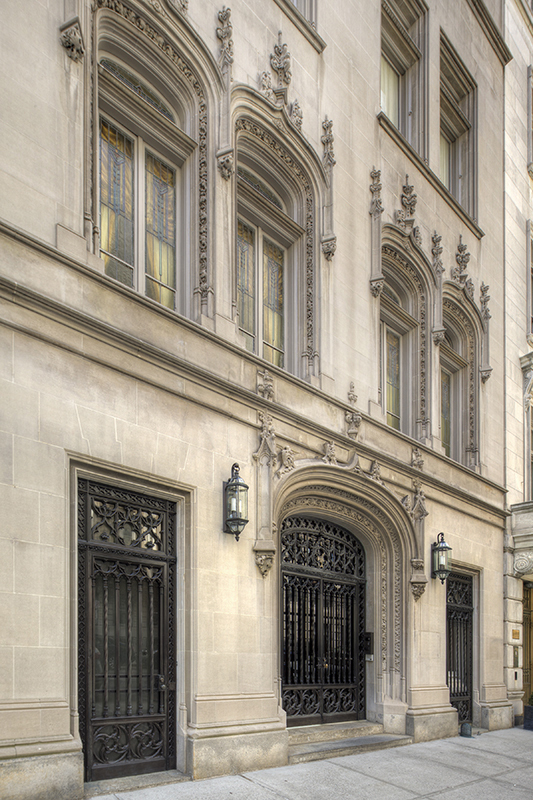 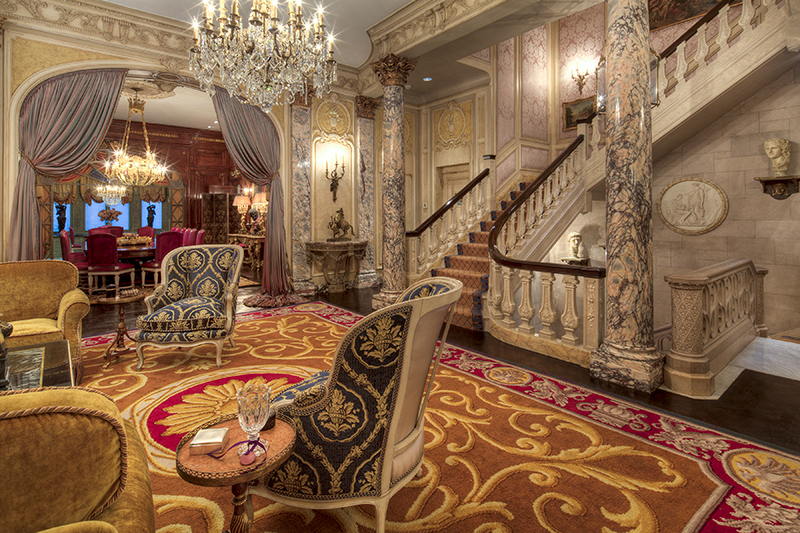 It's certainly fancier than the Gehry penthouse. 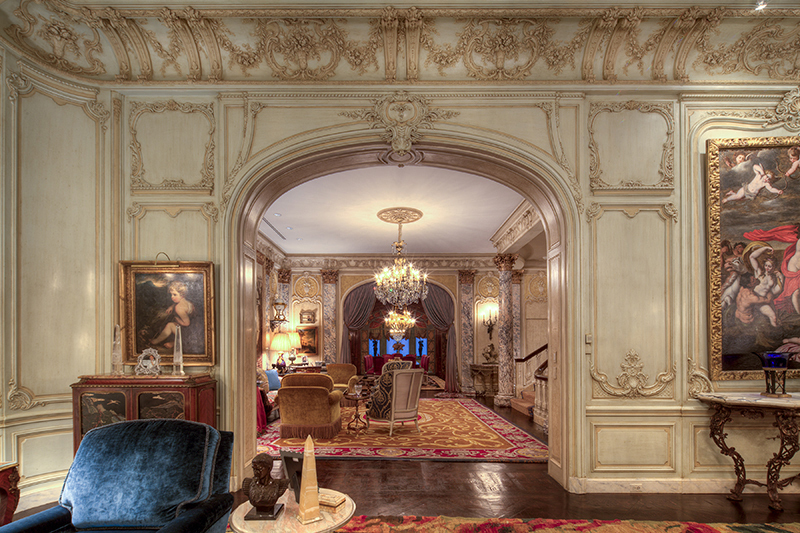 Opulence is still in, fortunately.
Advertisement 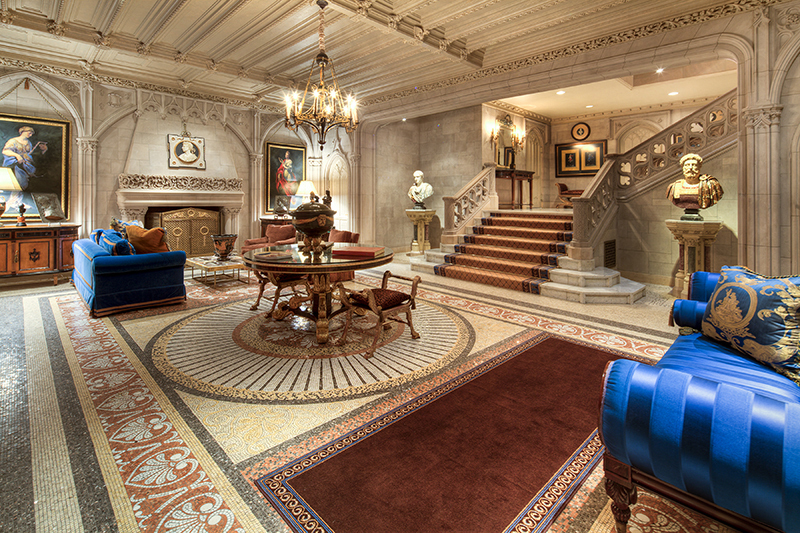 The place can be rented furnished, which we imagine would be something of a relief. 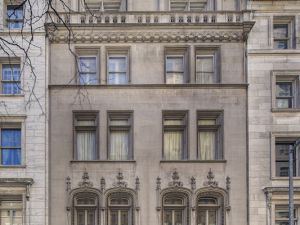 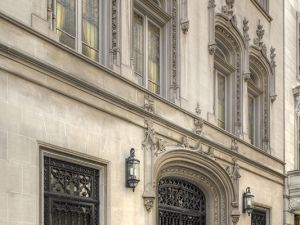 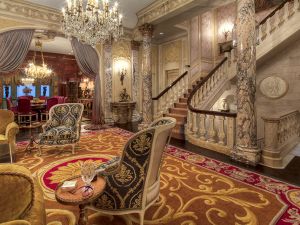 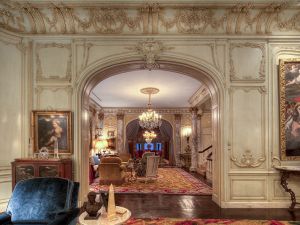 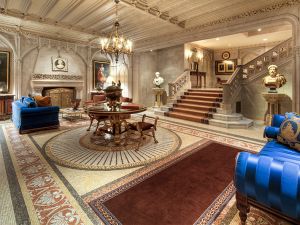 Brown Harris Stevens broker Paula Del Nunzio told The Observer that the owners—that would be the estate of Ms. Roberts—have decided they want to lease the house for a minimum of two years.

Ms. Del Nunzio noted that while $150,000 a month might sound like a lot, at almost 20,000 square feet and 35-feet wide, furnished or unfurnished, the house is something of a good deal—for comparison, she cited a 7,000-square-foot townhouse (only 20 feet wide) that was currently renting for $80,000 a month.

“It would be the only renovated townhouse at this size on the market,” Ms. Del Nunzio said, adding that if rented at $150,000, it would set a record for most expensive townhouse rental. The record for the most expensive rental still goes to the Astor penthouse at the Plaza, asking $165,000 a month.

And honestly, what charm was there left in being a $90 million listing when there is now a $100 million listing and two $95 million listings? With the debut of the penthouses at New York by Gehry, it’s also the time for top-notch rentals. Although given the recent activity in the trophy market, it does seem somewhat unusual to pull one of the prime properties out of the action. Perhaps the owners are hoping that the market will look even better in two years? Or maybe they were spooked by the impending $47 million sale of Aby Rosen’s townhouse (down from the $75 million he was originally asking)?

The seven-story townhouse is one of three in limestone ne0-French Renaissance mansions built by Frank Winfield Woolworth for his three daughters in 1916. (It’s the middle one).

And while Mr. Woolworth may have built an empire selling discount goods, he spared no expense when it came to building mansions. He hired architect Charles Pierpont Henry Gilbert to design the grand home, which includes a front drawing room spanning 35 feet and windows that stretch from the floor to the 14-foot ceilings. Naturally, the dining room can seat more than 50 people and includes a huge fireplace. There’s a also a wood-paneled library and a gym on the fifth floor (we would expect no less of a grand dame of exercise), but those prefer not to feel the burn when they move between floors can take an elevator to get to it.

Ms. Del Nunzio said that the home can be rented furnished or unfurnished. Smart, as we’d assume that not many renters, not even those who can pay $150,000 a month, have furniture fit for a palace. And, of course, there will be an option to buy if the renters fall in love with living in baronial splendor.