Dreams are serious business. That’s the contention of this Forbes article, which attributes almost Jungian importance to our nightly mental wanderings.

The piece cites Layne Dalfen, who runs Montreal’s Dream Interpretation Center, who says that “Recurring dreams and nightmares happen because your subconscious is trying to get your attention.” Those messages, however, might require a little decoding:

Dalfen says there are five entry points to interpreting a dream, which can in turn help you understand and resolve the real-world issue: feelings, symbols, word play, plot and actions. If you feel panicked in a dream, ask yourself what’s making you anxious in your life. If there’s a distinct item, character or color that stands out, consider what significance it holds to you symbolically.

So, for example, if you dream that you’ve decided to take a three-day weekend to compete in a Hunger Games-style survivalist competition: A) Throttle back on the all-night programming and B) quit volunteering for office juice fasts. If you’re having nightmares about being trapped in an office that also looks like an orchard of animate orange trees, pelting you with fruit: Stop getting involved in Hacker News flamewars.

However, we’re a little skeptical of some of these interpretations. For example, does a dream about sleeping with a coworker really mean this:

If it’s a coworker that you’re not attracted to, Loewenberg believes it represents knowing that you need to unite with them on a project or goal, or that you want to take on a skill or personality trait they possess. Alternately, if it’s a boss, Ian Wallace, a psychologist and author of The Top 100 Dreams, says it may symbolize a subconscious recognition that you have a big idea, and you’re trying to give yourself the power to act on it.

Or it could just mean you want to sleep with your coworker. 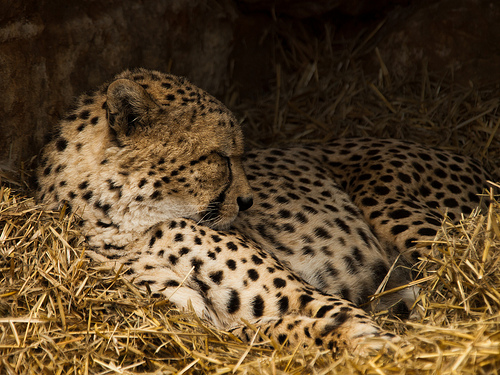