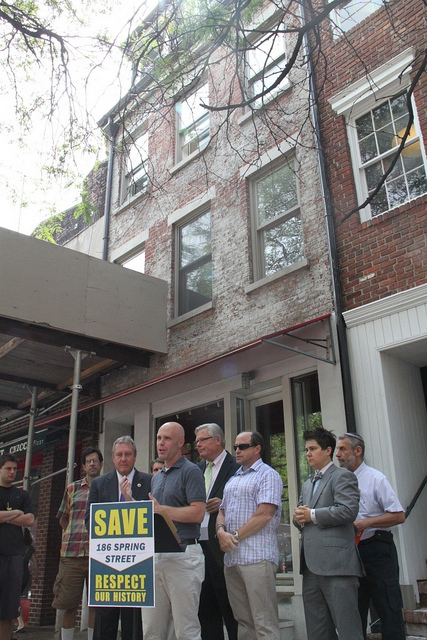 The house before it was destroyed in August. (GVSHP)
kvelseyobserver 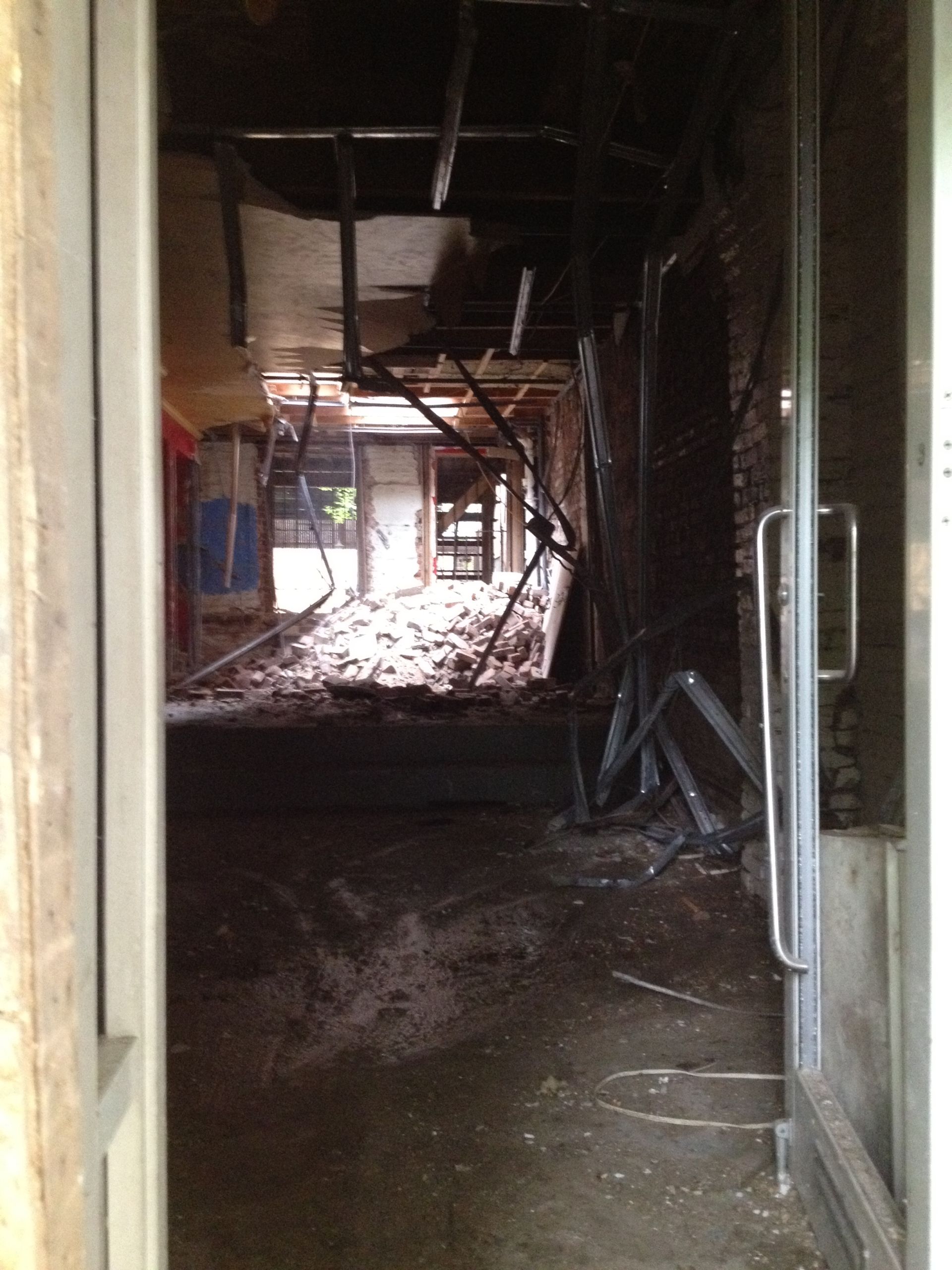 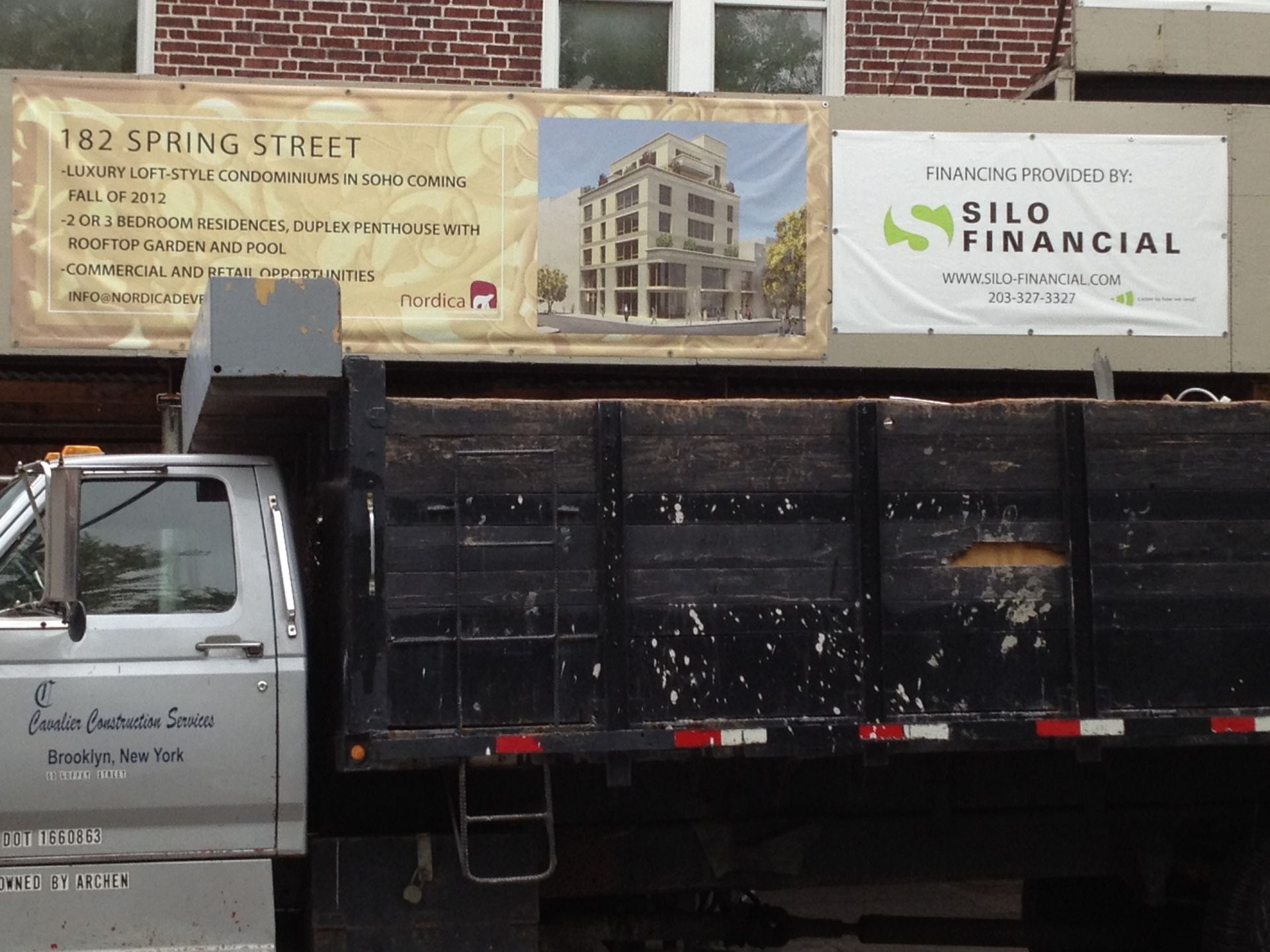 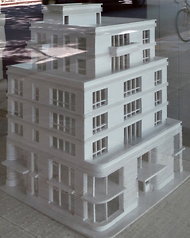 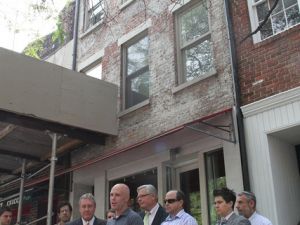 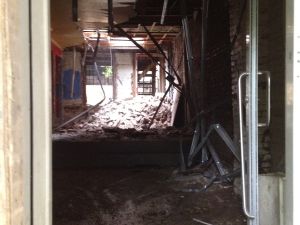 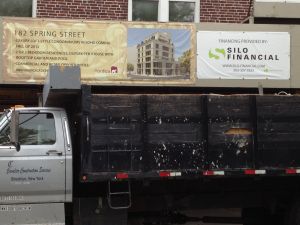 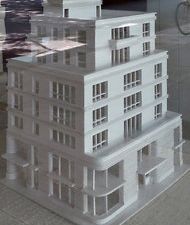 For a brief moment in the late summer, it seemed possible, if not probable, that the red brick row house at 186 Spring Street might become the first gay rights landmark in the city to be officially recognized by the Landmarks Preservation Commission.

During the 1970s and early 1980s, the Soho rowhouse sheltered a number of prominent gay rights activists, among them Bruce Voeller (who was a leader in the fight against AIDS), Arnie Kantrowitz and Jim Owles, who was the president of the Gay Activists Alliance at the time he lived there, an influential organization that emerged in the aftermath of the Stonewall Riots. Until the spring, it belonged to another notable New Yorker, Beastie Boy Adam Horovitz.

But on a rainy morning last week, the building was surrounded by neither city officials nor map-clutching tourists, but by a demolition crew tasked with tearing it down to make way for a seven-story luxury condo.

The crew started its work a few weeks after the Landmarks Commission denied preservationists’ most recent plea to landmark and thereby save the building, its eligibility for the National and State historic registers notwithstanding. A banner fastened to the fresh plywood of the construction site announced the new loft-style residences from Canadian developer Nordica Soho, to be wedged into a double lot on the corners of Spring and Thompson streets, a part of the city that is defined as much today by the vast quantities of cash flowing into its real estate as it is by its historic architecture and cobblestones.

“What they did was homophobic, and as Jim Owles was my partner for many years, not only do I consider it an act against the movement, but I take it personally,” Allen Roskoff, the president of the Jim Owles Liberal Democratic Club, told The Observer.

While Mr. Roskoff admitted that it never would have occurred to him to seek landmark designation for the building—”I’m not a preservation person”—he argued the commission should look for opportunities to landmark the community’s history. “I think if you had a landmarks commission that is sympathetic to the gay community, they would have supported it,” said Mr. Roskoff.

For gay rights activists and preservationists who view 186 Spring Street’s historic significance as indisputable, the city’s failure to designate it, or any other building, a landmark based solely on its place in the LGBT rights struggle is at best an oversight and at worst a slight. The landmarks commission counters that it already has preserved many important gay rights landmarks, albeit as part of a larger historic districts.

Elisabeth de Bourbon, the commission’s spokeswoman, pointed to the Stonewall Inn, which is located within the boundaries of the Greenwich Village Historic District as a good example of gay rights history being preserved through other means. In fact, the district predates Stonewall. “With Stonewall, we decided that it was already protected,” said Ms. de Bourbon. “The primary goal of designation is to protect the bricks and mortar that embody the cultural significance. For us designation is not an honorific, it’s a regulatory mechanism that allows the city to protect its historic resources.”

Nor has the commission ever approved any applications to landmark individual buildings within existing historic districts.

In rejecting 186 Spring, the commission asserts  that the real monument to the Gay Activist Alliance has already been preserved and that 186 Spring Street’s role in the movement was peripheral rather than central. In its letter outlining its reasons for rejecting the house’s application for landmark status, the commission notes that its research indicated that Jim Owles and Arnie Kantrowitz lived in the house for only about a year in the early 1970s, when the Gay Activist Alliance was headquarted in The Firehouse at 99 Wooster Street (which is located within the Soho Cast Iron Historic District, and thus protected).

And although Bruce Voeller lived in the home for a decade, the commission contests that his role in the movement’s history is not influential enough to warrant landmarking his onetime house: “a review of histories suggests that Dr. Voeller was a later and more of a ‘transitional figure’… between the radical post-Stonewall period and a more mainstream professional activism.”

Not that such explanations pass muster with all leaders of the gay community, particularly in light of the fact that the city has yet to landmark a building because of its role in gay and lesbian history. The commission also rejected an application to landmark the Pyramid Club at 101 Avenue A, which played a central role in 1980s drag culture, although the building will be included in the soon-to-be created East Village Historic District, giving it a protected status.

Is this a matter of the city practicing ignorance or preservationists and activists ignoring all that has already been saved?

The LGBT community has not, however, taken up the cause as vigorously as the preservationists.

Andy Humm, a journalist, activist and the co-host of Gay USA said that while the demolition of 186 Spring Street is a shame, the gay community has been focused on bigger, more important battles than protecting historic sites.

“You can give us some of the blame in the community I suppose,” he said. “Have we been focused on this? I don’t think we have. But look, we’re a movement that has been more about the future… and frankly, we have this huge homeless LGBT community that doesn’t even have basic housing.”

–a portion of Allen Roskoff’s quote has been altered for clarity. “I consider it an act against me personally” has been changed to “I take it personally.”