Loath to open Safari? Wedded to your Windows machine? If so, a bit of good news: TV live-stream provider Aereo is expanding beyond iOS, to provide support for browsers Google Chrome, Internet Explorer 9, Firefox, Safari and Opera.

“For us, it’s significant because it opens up the universe of people that can experience Aereo,” Virginia Lam, Aereo’s VP of communications and government relations, told Betabeat.

“We’ve been telling folks for a while that PC support would be coming, so it’s nice to finally put the news out.”

The move dramatically expands the pool of people who can sign up. Until today, Aereo was limited to iOS devices (plus Roku boxes). Even Apple owners were forced to use Safari to access the service. Ms. Lam declined to quantify the expected gains in membership, but she noted a recent study suggesting something like 15 percent of the U.S. population uses iOS devices and concluded that “it’s pretty significant.”

“What we do know is that a lot of people, when we initially announced, at the press launch in February, we had tens of thousands of people raise their hand and sign up and request an invitation, but didn’t have a device that was compatible,” she added.

“We’re excited for those people to come in the door and really get the full Aereo experience.”

The announcement also positions the company for its coming rollout outside New York City. The plan, according to Ms. Lam, is to expand to 10 to 15 new cities across the country over the course of the next year, likely by next summer. “In terms of looking at, for lack of a better word, our story arc, this is a significant piece for us moving forward,” she added.

Of course, we couldn’t help but wonder about how yesterday’s announcement of a Boxee TV offering complete with live HDTV broadcast channels and an unlimited DVR option. The most DVR space Aereo offers is 40 hours, available for either $12 a month or $80 a year. That seems likely to take some of the wind out of Aereo’s sails.

Mr. Lam said she wasn’t up on the specifics of Boxee’s offering and so couldn’t comment directly on their announcement. But she did offer a spirited defense of her company: “There’s no box to install, there’s no application to download, there’s nothing else that you need to put into your home,”  she said.

“That is a major distinction between us and anyone else that’s in that marketplace: Everything happens in the cloud, you use the device that you already own, you use the computer you already own, if you want to use Aereo,” she elaborated. “There’s none of this ancillary stuff that you need to buy or install in your home.” 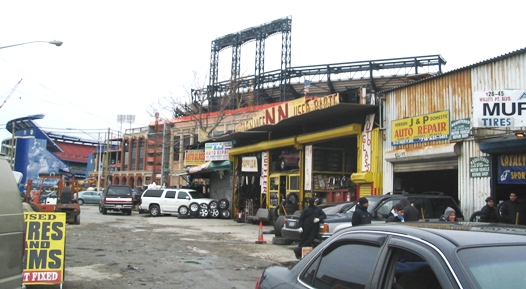