Writer and journalist Barrett Brown has been charged by the U.S. attorney with conspiracy to reveal private information about a government employee, Internet threats and retaliation against a federal investigator.

Mr. Brown, who has sometimes been referred to as a spokesman for Anonymous, was arrested on September 12 at his Dallas-area home after he posted a series of bizarre and rambling videos on YouTube titled, “Why I’m Going to Destroy FBI Agent Robert Smith.”

In one of the videos Mr. Brown, whose mood appeared to change from relaxed to enraged from one moment to the next, made direct threats against Agent Smith and implied he would investigate the agent’s children.

Brown was taken in by Dallas Pd & turned over to the Feds the next day.

Back in mid-September The Daily Dot published the full video of the TinyChat session during which Barrett Brown was arrested by the Dallas County Sheriff’s Office, as well as a link to the Pastebin transcript of the event. He was picked up by the FBI the next day:

As for Mr. Brown’s actual status with Anonymous, the hacktivist collective’s most active Twitter stream, @YourAnonNews, appears to reflect conflicting feelings among other Anons about Mr. Brown’s relationship with them:

A letter allegedly written by Mr. Brown has been published on Pastebin. In it he alleges that there is much he can’t disclose and that he has been injured and is not receiving proper treatment. Mr. Brown also appears to obliquely reference Agent Smith again:

Apparently I am not just a danger to the fragile FBI agents who have taken to threatening my mother and fracturing my ribs in the course of heavily-armed raids on my uptown Dallas apartment, but must be prevented from explaining to my associates, followers, and even enemies why I have again been subjected to violence and indignity.

Near the end of his message, Mr. Brown writes that he regrets nothing. He concludes that once he regains the freedom he didn’t do anything to lose, “it is war, on paper as always, but war.” 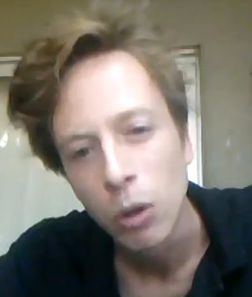