We’re kind of embarrassed to admit that this never occurred to us until just now, reading The Times‘ recap of the Midtown East debate. Sure, all the familiar arguments on both sides are there—the city is moving too fast, the city is not moving fast enough, the buildings are too big, they are not big enough, we must compete, we must consider the consequence—but there is also are new argument that should have been obvious from the start, though no one has brought it up, at least not publicly, until Charles Bagli spelled it right out.

But many of New York’s prominent corporations, law firms and other businesses are not about to decamp for a spectacular skyscraper in Hong Kong anytime soon. Part of the obsession with taller buildings is about prestige and worldwide bragging rights, for size and architectural supremacy.

New York did not invent the skyscraper, but it has become a synonymous symbol of our city. The Woolworth Building, Empire State, Chrysler, both World Trade Centers. The skyline has never been stagnant. This mayor and his planning potentate Amanda Burden have never been satisfied to let zoning lie, transforming almost every corner of the city over the past decade. Why let the very heart of it be, either? 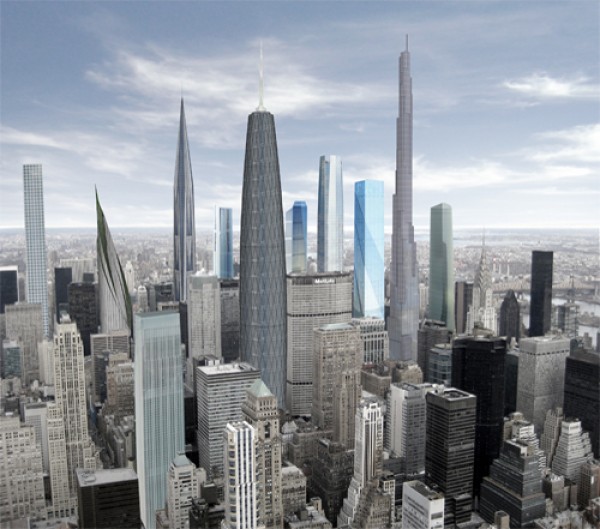