MONTCLAIR – They tickle the ivories in here usually at this university recital hall turned sophisticated venue for an NJTV-broadcast political brawl, this one between U.S. Sen. Bob Menendez (D-N.J.)  and his Republican challenger, state Sen. Joe Kyrillos (R-13).

Up to this point, the action has mostly consisted of Menendez climbing, sustaining, and widening a double digit points build-up on his opponent, the well-liked GOP senator from Monmouth County, a personal friend of Gov. Chris Christie’s.

But President Barack Obama’s performance in his national debate last night against Republican challenger Mitt Romney – widely viewed as a mood killer to Democrats everywhere – figured to give Kyrillos a jolt of party energy as he stepped to the podium at Montclair University.

The trouble was Menendez watched the same debate as Kyrillos, and although he undoubtedly did not draw the same conclusions, he inevitably heard the same backwash of criticism that accompanied Obama’s debate.

Coming in here the pressure was on the Democrat to show passion where Obama hadn’t, fire in the belly for his work where the president had projected too much cool, in the not so off the record view of worried Democrats.

You could see some action in the hall before the program.

There was State Democratic Committee Chairman John Wisneiwski of Sayreville towering in the entranceway, his head leaning toward that of U.S. Rep. Frank Pallone (D-6), who stood next to Essex County Democratic Chairman Phil Thigpen.

Thigpen’s in demand around this time – or anytime – there’s a statewide race on the horizon and Democrats want to nibble the ear of a man who occupies the power chair in a powerful county. The superficial optics suggested Wisniewski angling for governor and Pallone, senator.

Or maybe they were just talking about Menendez v. Kyrillos.

In walked Bill Pascrell III. Passaic Mayor Alex Blanco was in the house.

They opened the doors and the people filed in for the start of the program. 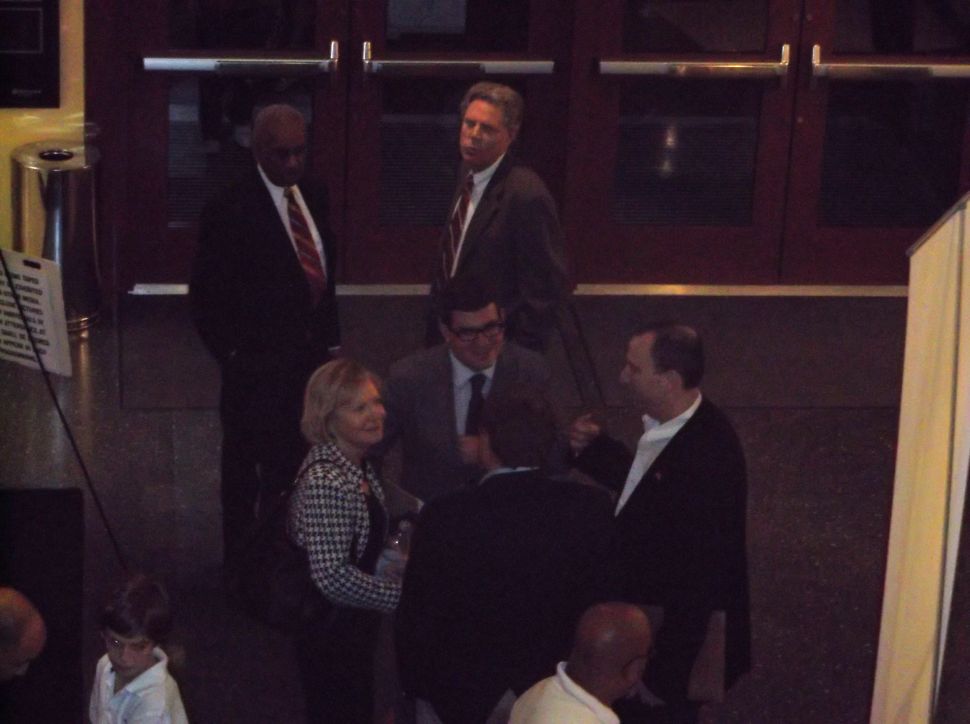