– Katy Perry doesn’t want to be just another conquest to John Mayer. Hey lady, now you know how he felt dating Taylor Swift.

-Justin Timberlake and Jessica Biel were married in Italy and of course you weren’t invited, peon.

-Though Mr. Timberlake might be going to the courthouse for something other than a marriage certificate: Britney Spears trial lawyers have brought up her former Mouseketeer co-star and boyfriend as a precipitating cause for her meltdown.

– Tom Hanks dropped a big ‘ole F-bomb on Good Morning America, shattering the illusion that he is the celebrity equivalent of Ned Flanders. Even so, how adorable is it that he only curses when doing an impression of a foreign person who uses profanity? 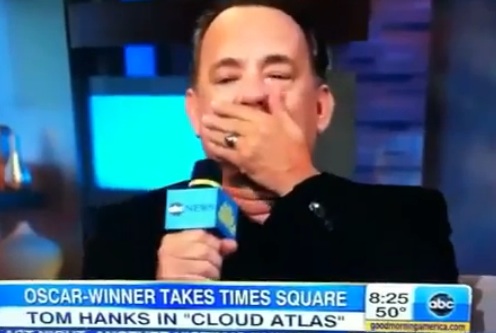