“Wilda Diaz has turned around a city that was on the verge of bankruptcy and mired in debt and corruption only four short years ago,” said Booker, speaking at the Raritan Yahct Club.  “Whether it is cutting the municipal debt by more than a quarter, attracting hundreds of millions of dollars in investments or passing the strongest ethics reforms in city history, Wilda Diaz has clearly demonstrated that she is improving the quality of life for every single one of her residents.  As a fellow mayor, I am proud to stand with Wilda, Fernando Irizarry and Lisa Nanton and proud to support them this November.”

“Cory Booker is a strong mayor and a strong Democrat, whose endorsement we are proud to have and whose example I have tried to follow,” said Mayor Diaz.  “As a fellow mayor of an urban city who inherited a similar situation, Cory understands the challenges Perth Amboy has faced both before I was elected and over the past four years.  As a lifelong Democrat, I am especially honored that a leader of our national party has come to Perth Amboy to lend his support to our campaign.”

Hours before the endorsement, Delgado Campaign Spokesman Michael Makarski rejoiced in the release of a Diaz internal poll.

“We are very encouraged by the results of the Diaz campaign poll that was released today,” Makarski said. “By their own admission, the Diaz campaign tells us that 2/3 of Perth Amboy voters are either voting against the mayor or are undecided.  That is bad news for an incumbent with a bad record on property taxes, crime and other key issues. Two out of three voters have already decided that they don’t want to see Mayor Diaz re-elected. As our campaign continues gathering momentum, it is clear that Billy Delgado is the strongest opposing candidate and this race will continue to tighten and draw closer.  The bottom line is that undecided voters never break towards an incumbent who doubled property taxes.”

“Mayor Booker fully appreciates the challenges Mayor Diaz has,” said Vitale. “She was elected the same year as the president, and faces the same economic challenges he does. She’s been able to accomplish great things in terms of public safety and economic development.” 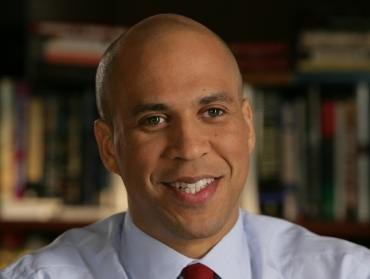