Donald Trump made headlines yesterday by promising to unveil “something very, very big concerning the president of the United States.” Mr. Trump is keeping his “big Obama announcement” under wraps for now, and at least one online gambling operation is taking bets about what presidential surprise the real estate mogul and reality television star has in store.

Paddy Power, an Irish firm that describes itself as “Europe’s largest betting company” sent out a press release this morning announcing their odds on Mr. Trump’s alleged October surprise.

“The most likely announcement according to the Irish betting house is that Trump, a known birther theorist, will tell us that Obama is not American at 2/5 while it’s a far less likely 8/1 for the business man to endorse the Democratic candidate,” the statement said.

Paddy Power is also allowing bettors to put their money on some other possibilities that seem even more remote than Mr. Trump ending his support of Mitt Romney. View all of their odds below.

“Its no secret that there’s little love lost between these two, and it will be interesting to see whether or not Donald’s Trump card on Obama will have an impact on the Presidential race,” Mr. Mac An Iomaire said.

Recent weeks have seen several rumors of potential presidential election bombshells, including reports that noted attorney and political scandal veteran Gloria Allred may be about to break news, and an “October Surprise” website that turned out to be a prank. For now, we’ll have to wait and see what Mr. Trump has in store, as he’s keeping his announcement under wraps.

“Stay tuned for my big Obama announcement— probably on Wednesday,” Mr. Trump wrote in a recent tweet on the subject. 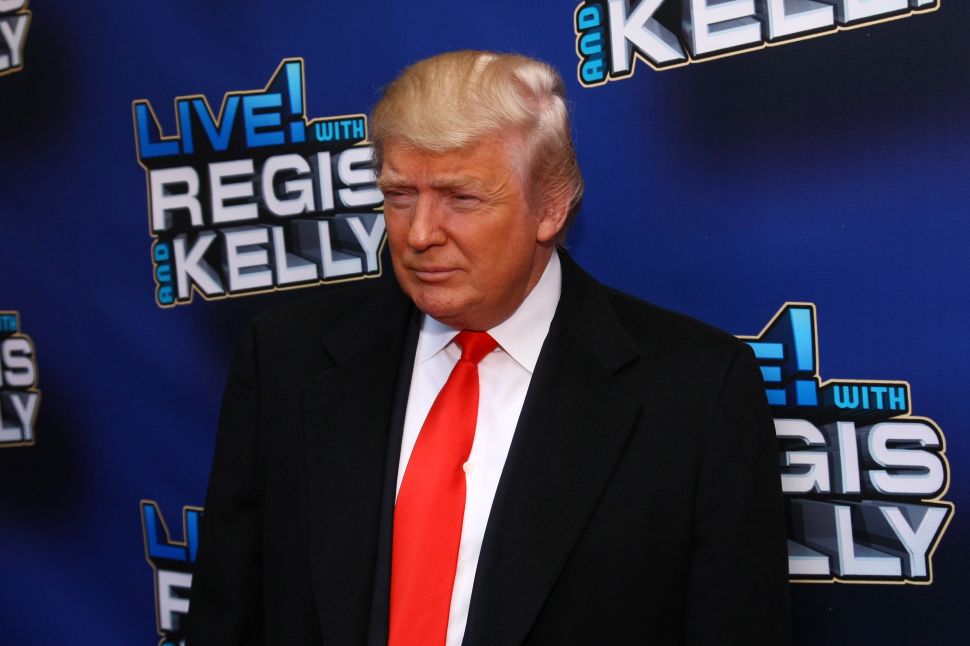