Instapaper proprietor Marco Arment has launched an iPad magazine called The Magazine. It will “often, but not always, be about technology,” and it’ll run four articles (solicited just for the magazine) every two weeks. What happens when you Instapaper those articles is not clear. [Marco.org]

That latest update to Google StreetView adds a whopping 250,000 miles. Included are locations like Catherine Palace and Singapore’s Fort Canning Park, which seems to confirm our suspicions they’re having to look really hard for new things to photograph. [Google Maps Blog]

Speaking of Google: The company’s self-driving cars probably have more full-time lobbyists advocating on their behalf than you. [ Wall Street Journal]

The IFP–the Independent Filmmaker Project, that is–will be developing and operating a Bloomberg-approved “Made in New York” Media Center, a kind of coworking-space-cum-networking-hub where creative types can connect with entrepreneurs and new technologies. Partnering with IFP will be General Assembly, which’ll run educational programming in the space upon its opening in the spring. [IFP] 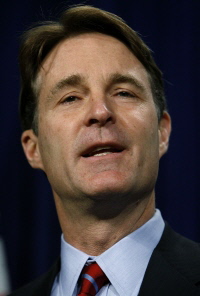