One of the biggest gaffes during last night’s presidential debate came from the moderator, CBS News Chief Washington Correspondent Bob Schieffer, who accidentally referred to the late Al Qaeda leader Osama bin Laden as “Obama bin Laden” while discussing Pakistan. Though this was one of the most talked about moments of the evening, for over twelve hours after the debate, there was no mention of the mistake on CBS News’ website where the posted transcript of the debate omits the exchange.

Due to the omissions in the transcript, there was no mention of Mr. Schieffer’s verbal stumble on the CBS News site for over fourteen hours after the debate concluded. At, 12:32 p.m., CBS News posted an Associated Press story about Mr. Schieffer’s performance that briefly mentioned the “Obama bin Laden” gaffe in its twelfth paragraph.

“Schieffer did have one gaffe, referring to the former al-Qaida head as ‘Obama’s bin Laden,'” the story said.

Apart from the omissions and doubled portions, CBS News’ debate transcript appeared to match a transcript that was distributed by several other organizations and was produced by the transcription firm Morningside Partners. Several idiosyncrasies from the Morningside transcript are preserved in the CBS News version including an instance where the Israeli holocaust memorial Yad Vashem is phonetically referred to as “Yad Beshef” and a line where Mitt Romney’s name is accidentally misspelled as “Romnehy.”

There are indications the many mistakes in the CBS News transcript may have been widespread issues rather than part of an attempt to avoid including Mr. Schiffer’s slipup. At about 2,400 words, the portion of the debate omitted from CBS News’ transcript obviously included a lot more than the gaffe and, with the other repeated segment, it was far from the only major error in the transcript.

We reached out to a CBS News spokeswoman to ask how the multiple mistakes in the transcript occurred and whether they would be corrected. As of this writing, we have yet to receive a response. 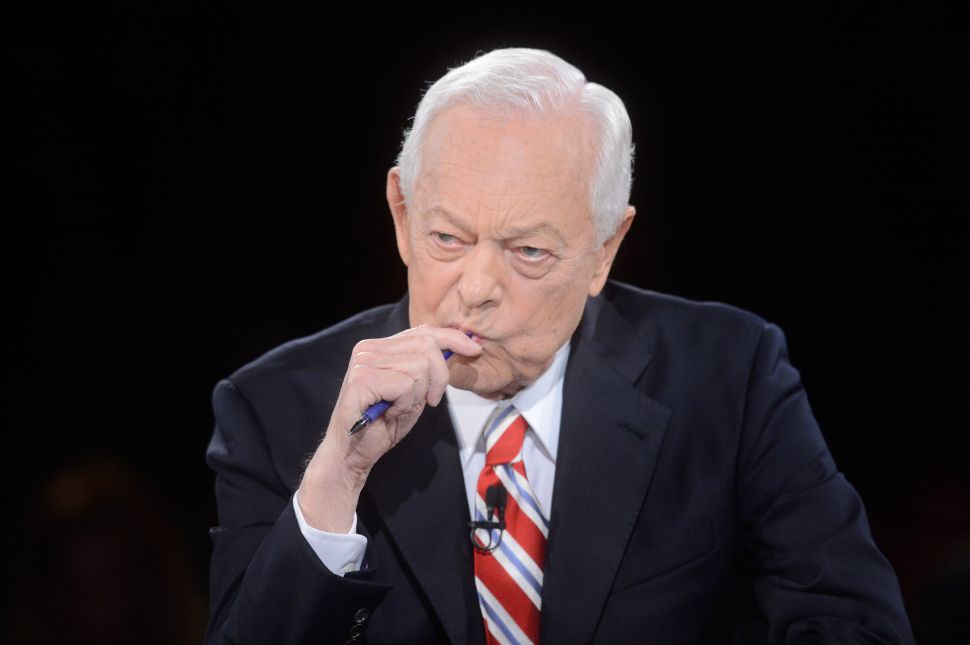