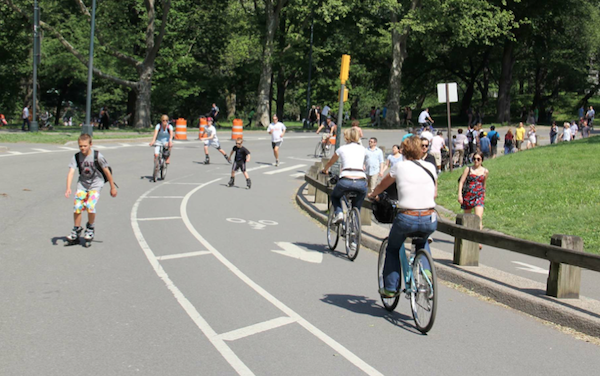 Looks like plenty of room, but not always enough to prevent accidents. 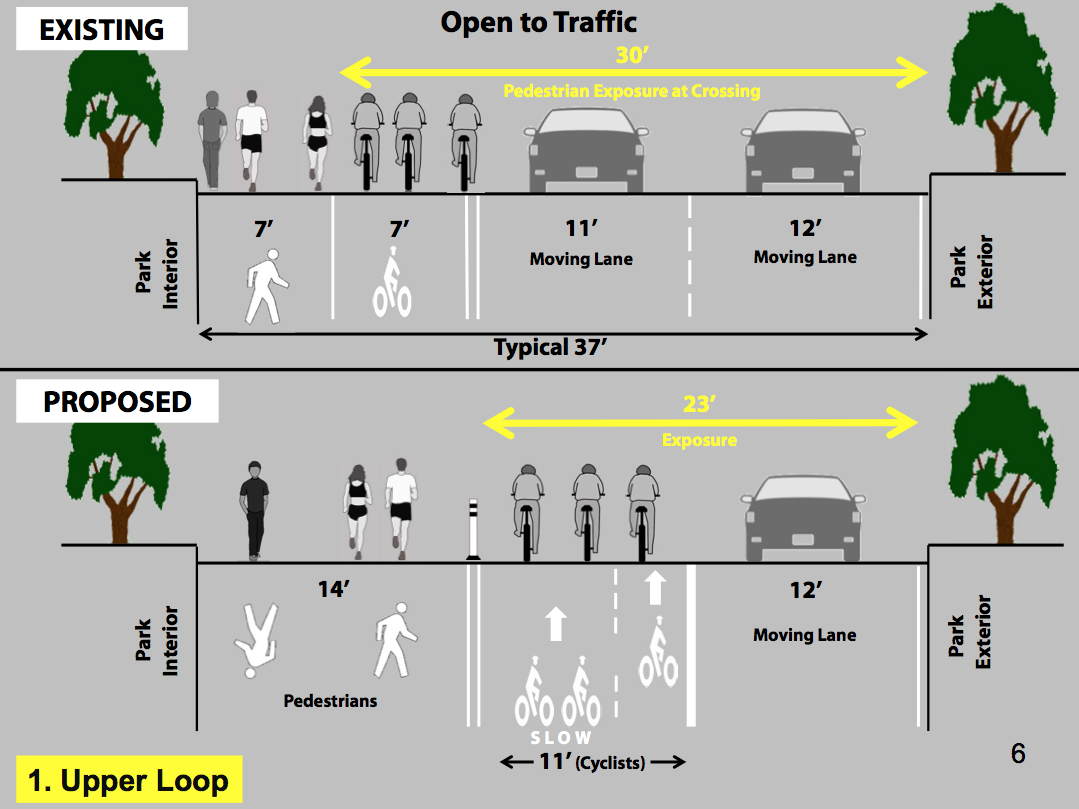 The situation in the upper sections of the park, when cars are allowed in. 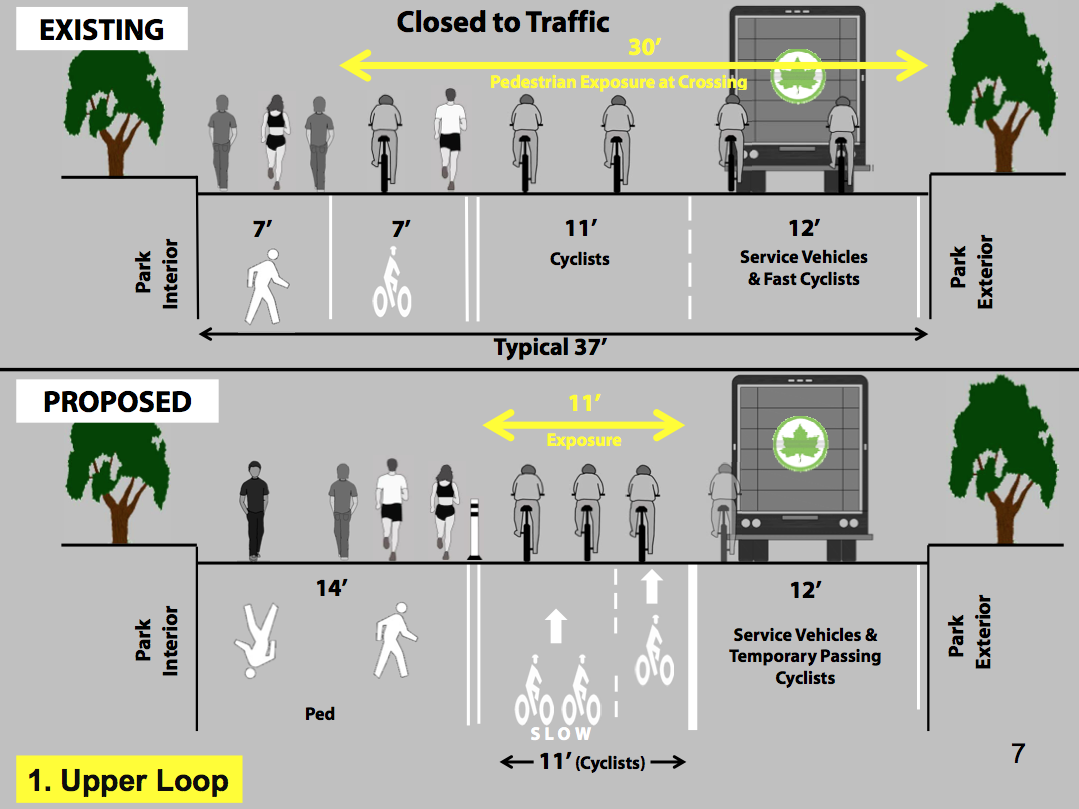 The situation when cars are verboten (all the time but rush hour). 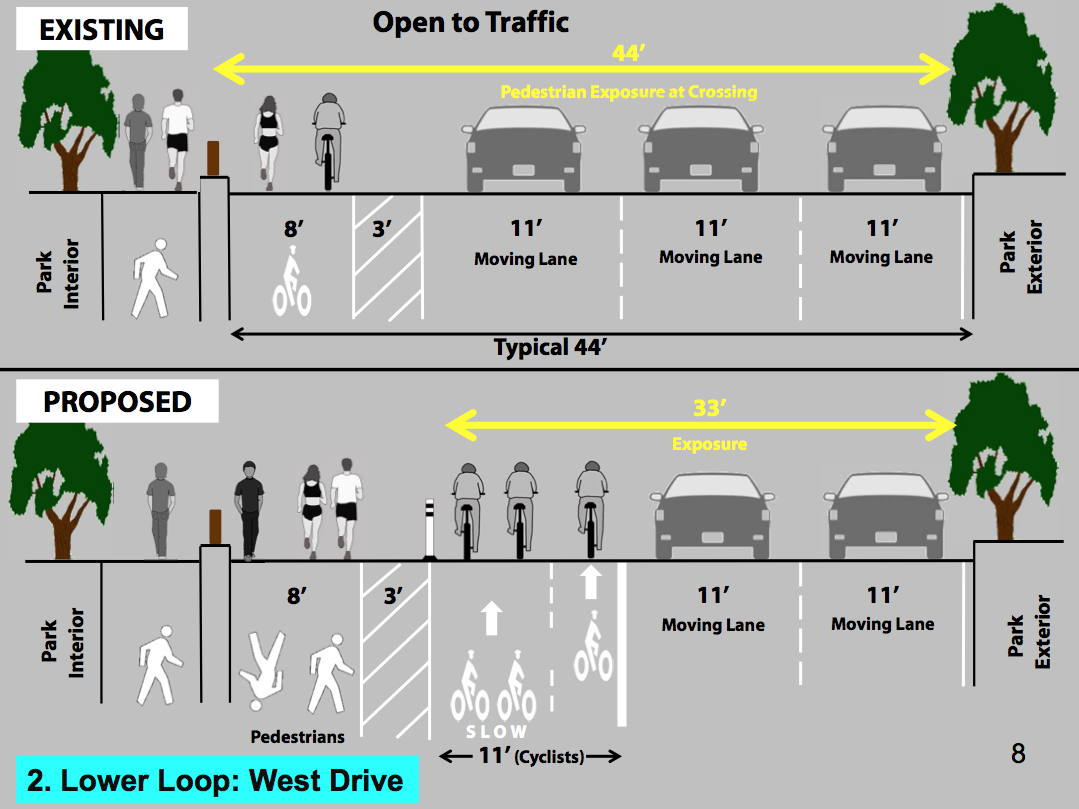 Sometimes, cars still dominate, but not as much as before.
Advertisement 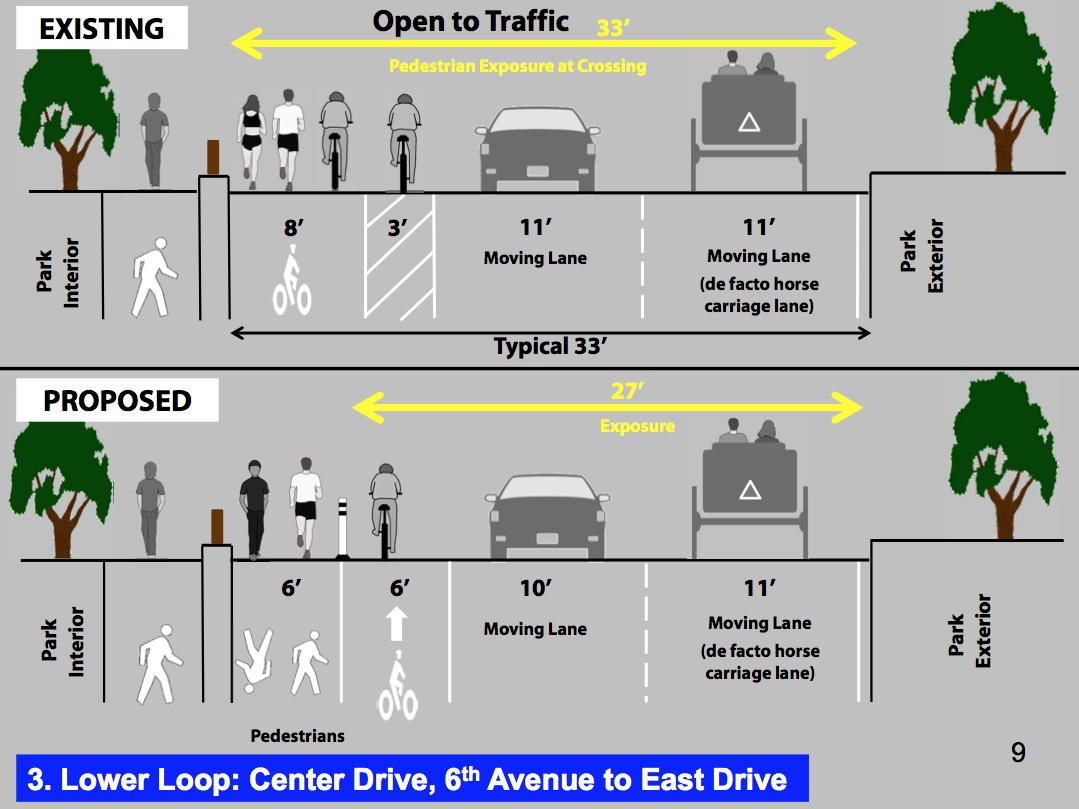 The lower sections, with those pesky carriages. 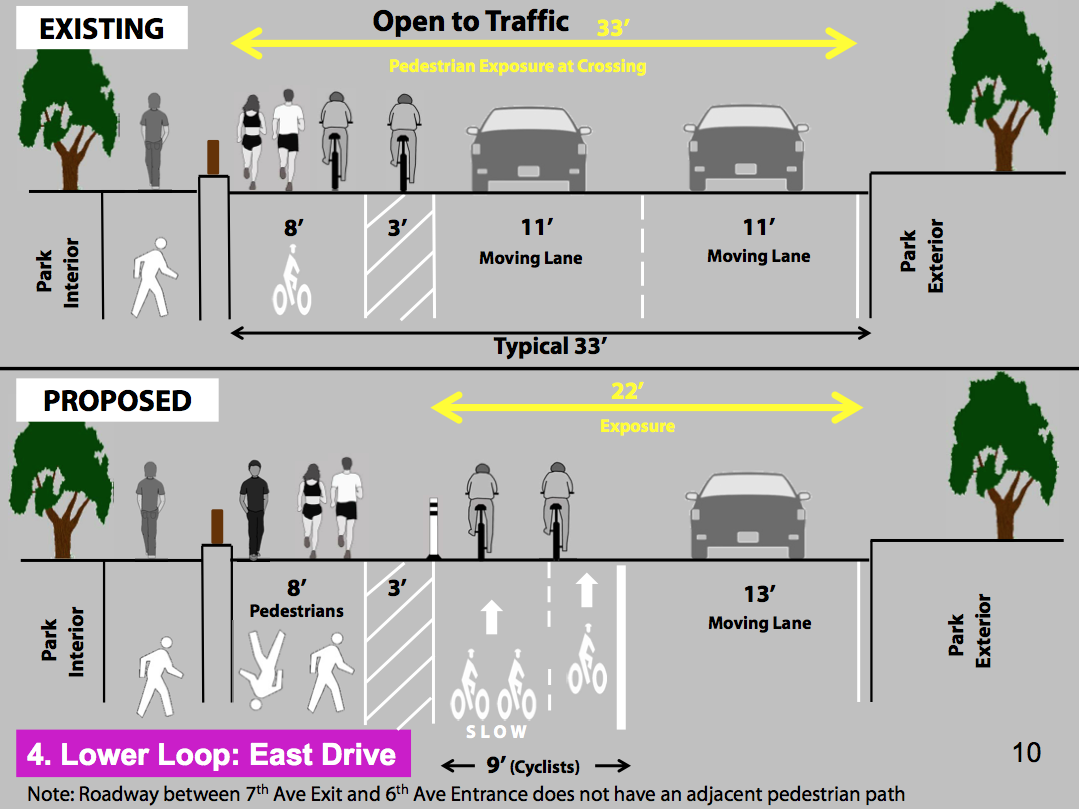 Down low, without the carriage, which looks much like up above. 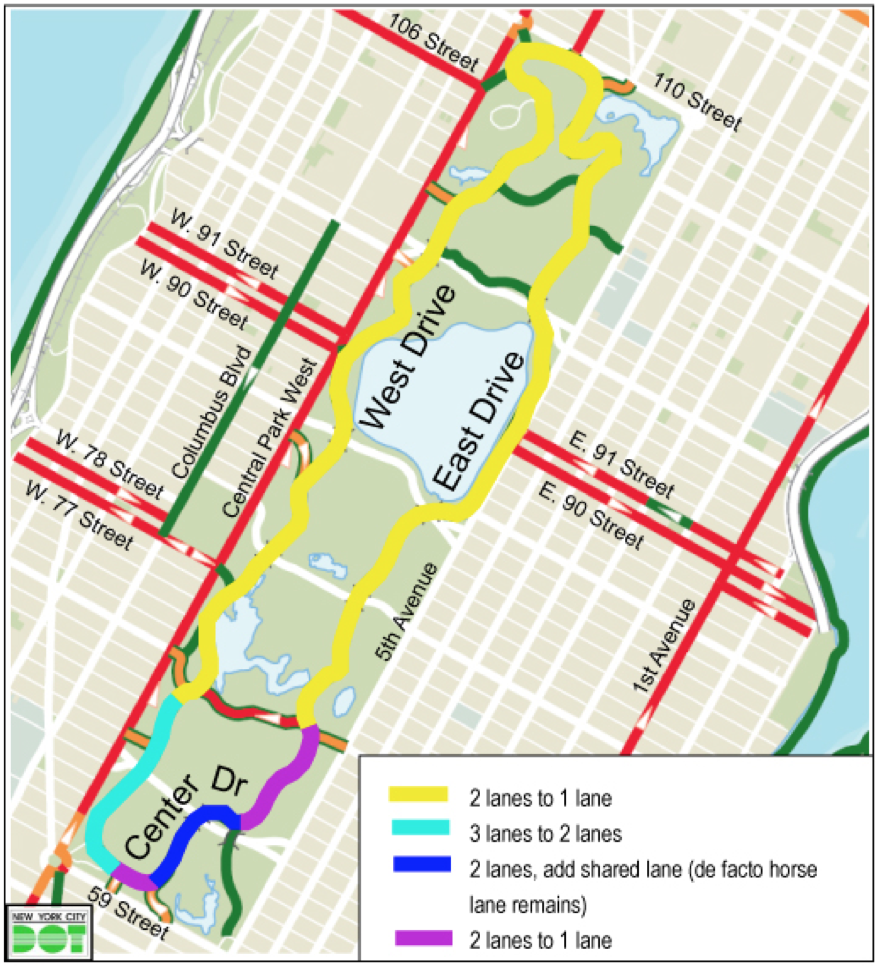 The changes, from a gods-eye view. 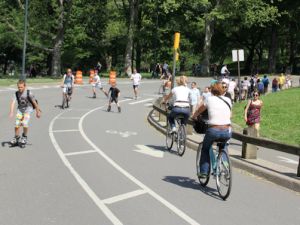 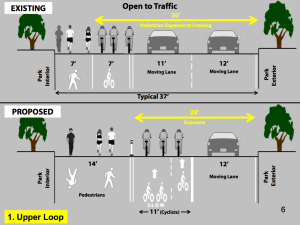 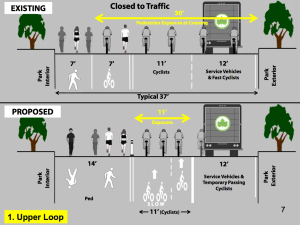 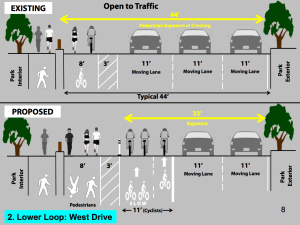 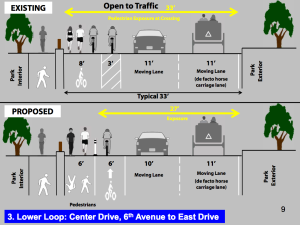 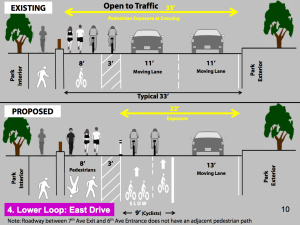 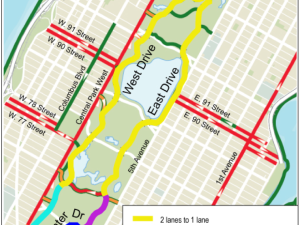 Cycling in Central Park has gotten a lot of attention of late following a few nasty accidents and a campaign by the Daily News—repeated every few years—where intrepid reporters venture into the park, speed guns in hand, to make a stink about scofflaw bikers breaking the 25 mile per hour speed limit. (Hell, if you can get going that fast, that is pretty impressive.)

This is not to suggest that unsafe cycling is ever acceptable, but as more people take to bikes, and the city’s population continues to grow, park pathways are bound to get busier. Action by users is important, but also be operators.

As it has done with Prospect Park, following another spate of high-profile injuries, the city’s Department of Transporation and Parks Department have reached an agreement to change the arrangement of traffic lanes to make more room for bikes and runners and less for vehicles. The measure is meant to make everyone safer.

“Central Park is New York City’s recreational oasis and this redesign will provide park visitors with safer and wider paths to walk, jog or bike,” Parks Commissioner Veronica White said in a release.

In almost every place, the number of vehicle lanes will be reduced to make for wider lanes for bikes and joggers. The one exception is in the lower loop, where a defacto carriage lane exists and one must remain for cars. There, new dividers will be put in to try and separate bikers and joggers, keeping everyone separate and safe.

Will this prevent all injuries? Of course not. People need to pay attention and respect everyone. But as we see time and again, the power of the paint can be quite powerful.