New York University’s premier tech club, Tech@NYU, is in the midst of its annual Startup Week. This year’s series of panels featuring familiar faces from Silicon Alley are all organized under the theme “Hacking as a mentality.”

Moderating the panel, hosted in the auditorium of NYU’s Arthur L. Carter Journalism Institute, was NYU professor Adam Penenberg, who also happens to be the editor of PandoDaily.

Despite the future-facing title, most of the talk consisted of the two panelists walking the student-filled audience through the history of their careers. Mr. Penenberg asked what they hated to see demoed. Mr. O’Donnell said that he wasn’t comfortable with video because “it asks too much of its user.”

When asked how his portfolio companies can get his best attention, Mr. Tisch said, “I tend not to sleep, I’m on Gtalk from 10 p.m. to 3 a.m. It’s the companies awake at that hour that get a lot of attention. I don’t have any distractions at that time.”

But the most educational–and surprising–moment of the evening came when the floor was opened up for questions, and the first person asked about pivoting.

“Paul Graham has this philosophy that’s like, ‘Keep pivoting until you find an idea,'” Mr. O’Donnell said. “I don’t know when that became a thing.”

At this, Mr. Tisch shook his head in agreement and said, “I don’t think you can pivot after raising money. I think you fail.”

Mr. Tisch emphasized the fact that some pivots were were incredibly beneficial, particularly in cases where teams live out their passions. He pointed to the Burbn team using their love of photos to create Instagram, the Turntable.fm boys realizing that their love of music was more interesting than the QR codes of Stickybits, and the founders of Fab harnessing their love of design and shortening Fabulous.

It’s a different story, he explained, for founders switching to a new idea they care nothing about. In that case, Mr. Tisch said, “If you’re thinking about pivoting, you should think about getting a job. That’s a pivot.”

Added Mr. O’Donnell: “The one thing that doesn’t change in a pivot is you. Maybe you didn’t have project management skills or sales skills. Maybe there’s something you should’ve learned to be a better executor. Maybe you couldn’t close a deal, maybe you should get a job that would make you better at closing a deal.”

Nervous students in the audience who thought they could just pivot on their startup idea until they came up with the next Facebook quickly pivoted to an entirely different train of thought.

This post has been updated to add additional statements from last night’s panel. 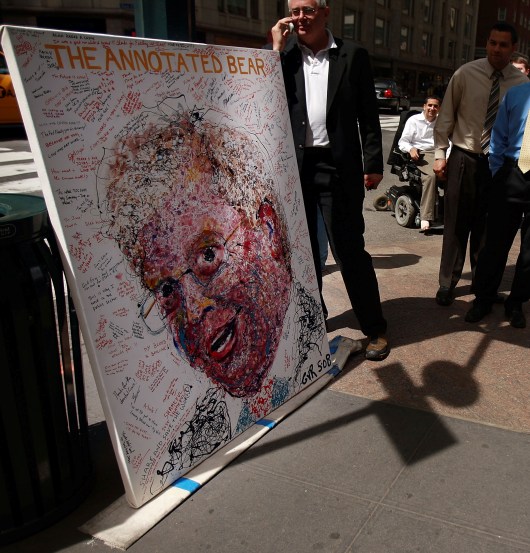