Things aren’t looking great right now. A Frankenstorm is brewing, giving us new portmanteaus and reminding us that we live in a low lying city surrounded by . Horrific crimes are leaving us speechless. A police officer is allegedly plotting to eat people. Oh yes, and we are up to our necks in election coverage and emails from Barack Obama.

But the real depressing news of the day is that Cokie Roberts, the NPR commenter and ABC contributor, is not tweeting about Applebee’s.

But @CokieRoberts is fake.  There was a brief window in time a few hours ago when life, despite it’s inherent pain and confusion and impending doom, seemed was good. People retweeted. Smiles lit up faces. Twitter was a party. It was a glorious time. It was a simpler time.

And it is no more. Our illusions have been shattered. But whatever happens this weekend, whatever nature throws our way, we can always take comfort in the knowledge that we were so happy once. 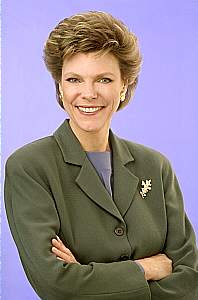