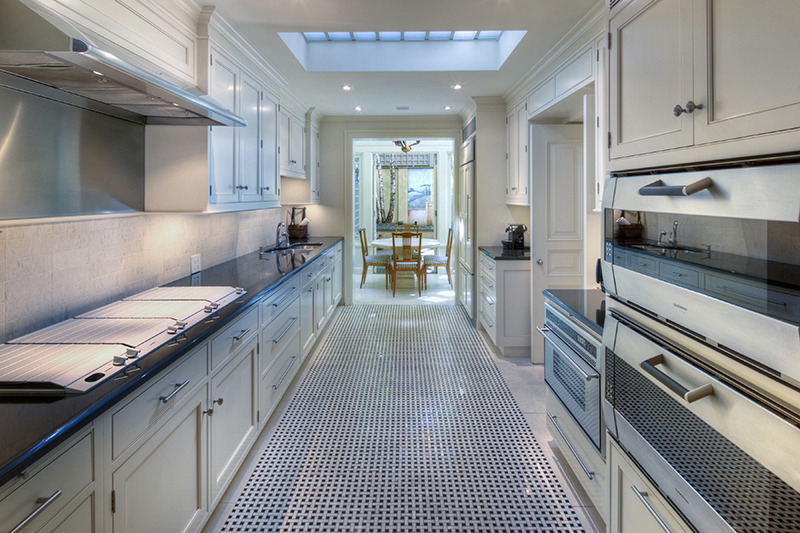 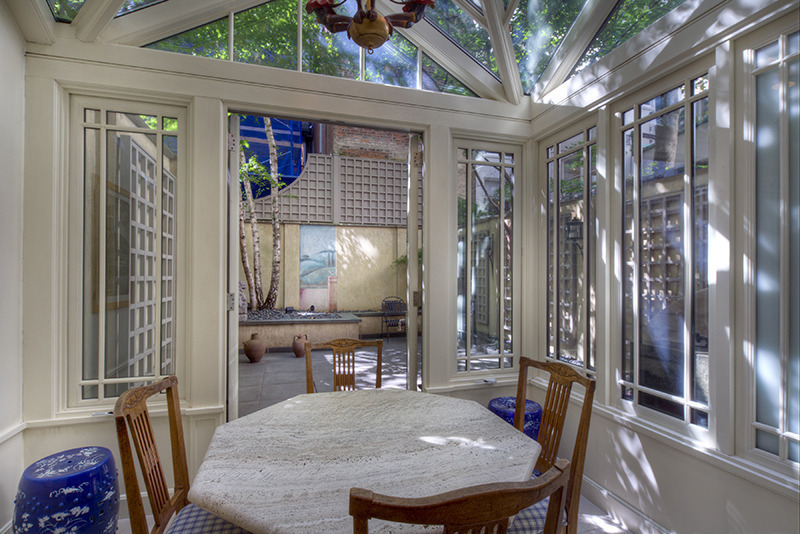 Maybe this is where the new owners will eat the cookies Soon Yi brings by as a welcome to the neighborhood gesture? 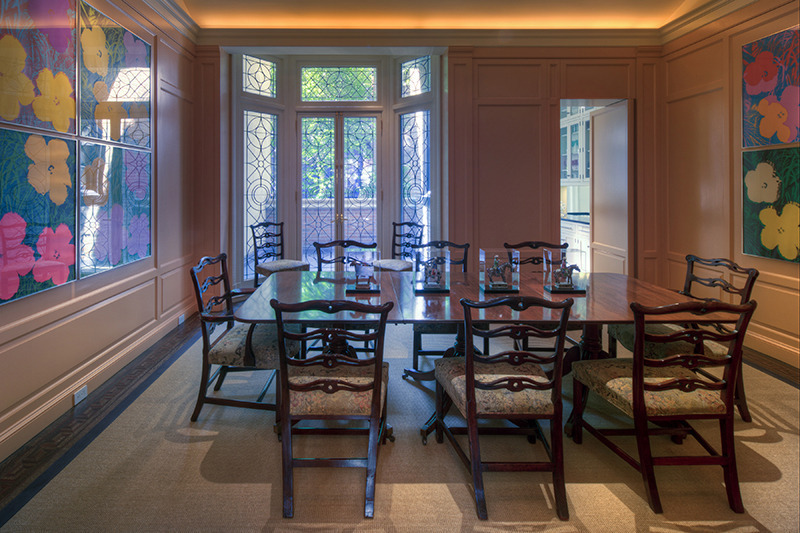 Snacking in the formal dining room would be good too. 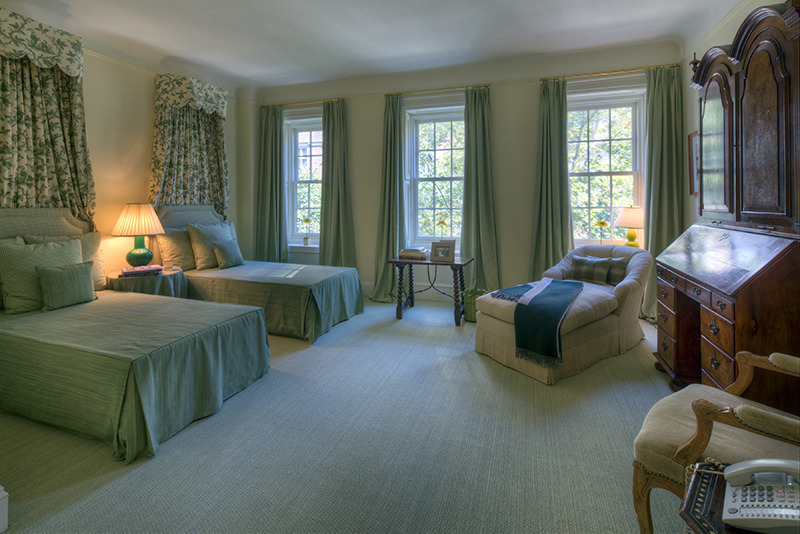 This is where the elderly aunts always stay when they come to visit.
Advertisement 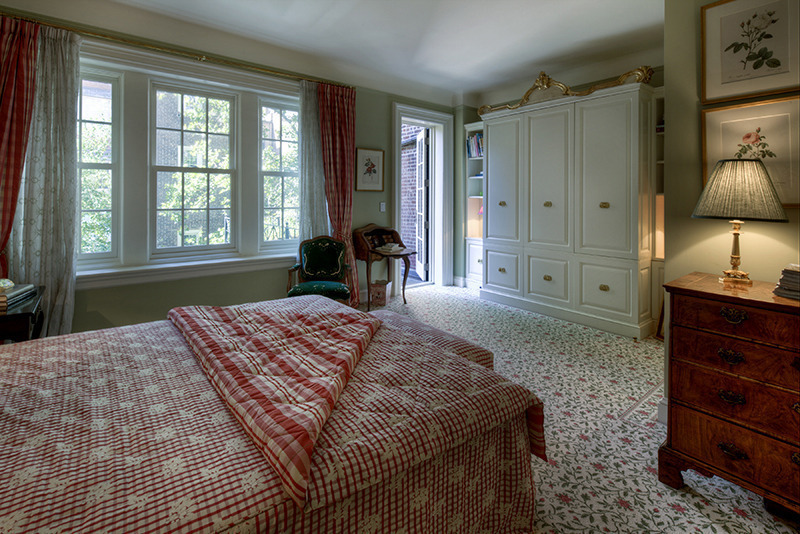 We're guessing this is also a guest room. 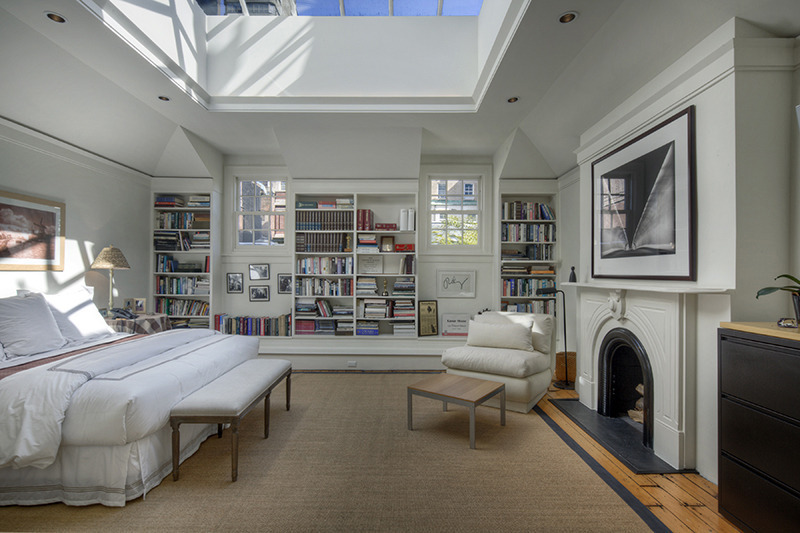 And the master bedroom. With skylight! 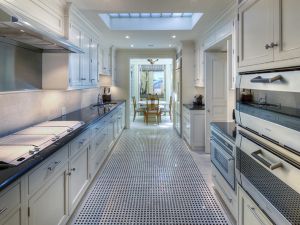 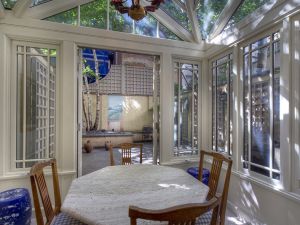 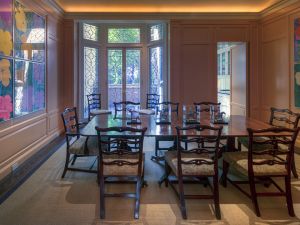 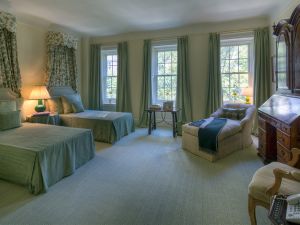 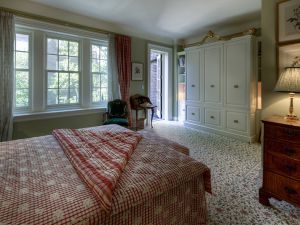 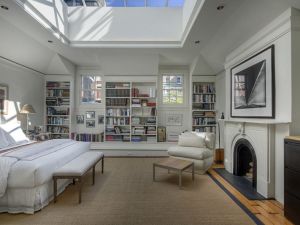 It looks like the Annie Hall director will soon have a new neighbor at 116 East 70th Street. The Observer has noticed that the coppery townhouse located next to Woody Allen’s spread at 118 is now in contract. We guess somewhat really fell in lurve with it.

Most recently listed at $22.5 million, the house is even more magnificent than the famously mouthwatering spreads featured in Mr. Allen’s movies. It has five bedrooms, huge bay windows in the parlor and library (both with wood burning fireplaces, of course) and a gallery of Bulgarian marble. Thoroughly redesigned by its former owner, 19th century master builder Michael Reid, the house sits on a block of homes crafted by architectural luminaries: Walker and Gillette, Trowbridge and Livingston, Paul Mellon,  Grosvenor Atterbury and William Lescaze. It should come as no surprise that the stretch was once inhabited by Morgans, Astors and Rothschilds.

The townhouse been listed for less than a month with Brown Harris Stevens broker Paula Del Nunzio, suggesting that the contract is for close to the full, although not first, asking price. Owners Copper House LLC first listed the spread for $26 million with Sotheby’s in 2010—not the best time to try to sell a townhouse trophy. But the fresh listing and the much friendlier market of September 2012 were apparently just the thing.

Copper House purchased the copper house (it’s so confusing when LLC’s are named after the properties they were created to buy!) for $6.8 million in 2003, according to city records, then undertook a complete renovation, adding a new roof, electrical, plumbing and an irrigation system in the 26-foot deep rear garden. They also added a cedar closet in the basement that would be perfect for storing one’s furs, if anyone still dares to walk down the street wearing fur.

Not so very far away a duplex at 998 Fifth Avenue—one of the earliest apartment buildings to draw the blue-blooded crowd away from their townhouses and another one of Ms. Del Nunzio’s listings— has also gone into contract.

The spread spanning the sixth and fifth floors, which city records show was purchased by Constance Milstein for $15.7 million back in 2006, was most recently listed for $20 million. It also hit the market in fall of 2010, asking $23 million, but the Corcoran listing disappeared this February.

Indeed, the 12-room duplex certainly has the look and feel of a townhouse and some unusual touches for an apartment: leaded glass windows with original color medallions and a curved two-story stained glass window that once graced a church. It has four bedrooms, 5.5-baths and, of course, a library with a fireplace (one of three with antique mantels).

What does this all mean? Well, the trophy market, despite the change of season, looks like it will keep crackling away like a blaze in a wood burning fireplace this fall. Although it’s worth noting that despite all the attention the $95 million listings are getting from the media, buyers seem more keen to pick up properties in the $20 million range.