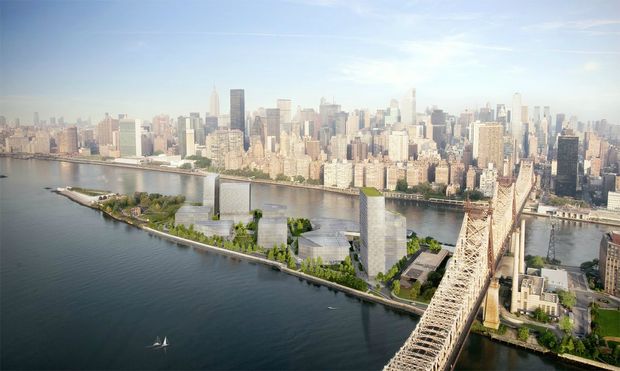 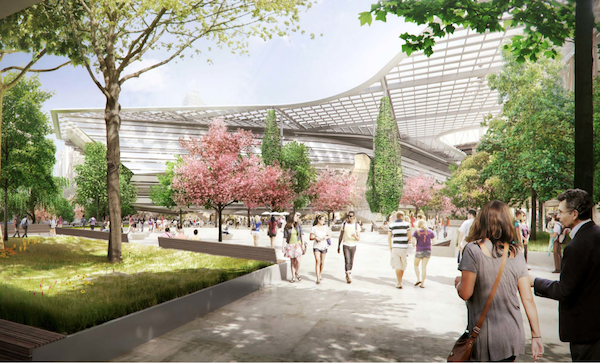 Another big features—2 acres big—is a solar array that helps the academic building achieve a goal of being net zero.
mchabanobserver 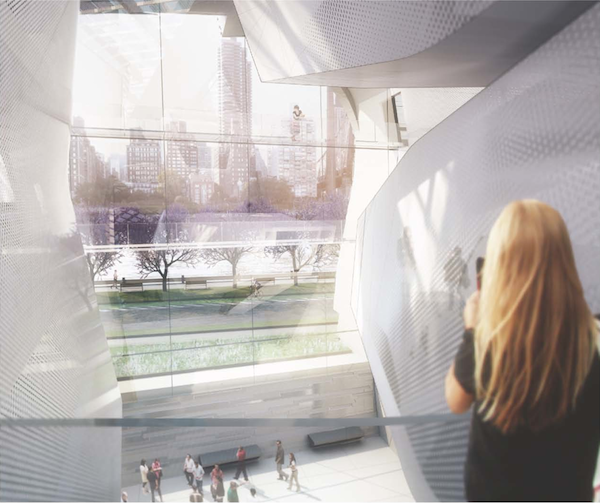 Inside the building, an atrium and grand staircase offers dramatic views and encourages interactions.
mchabanobserver 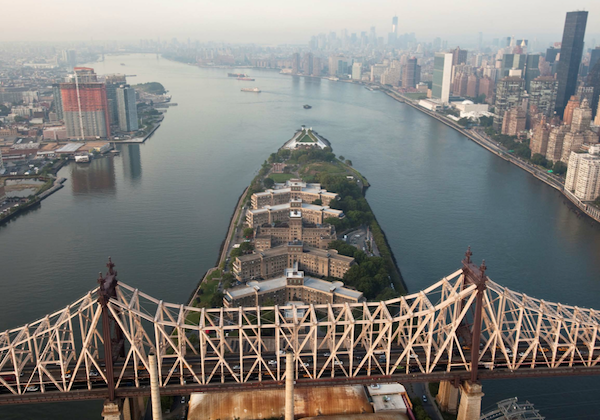 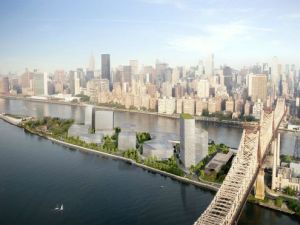 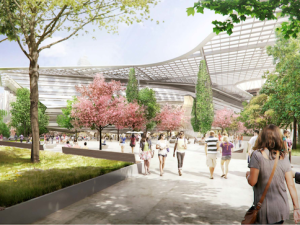 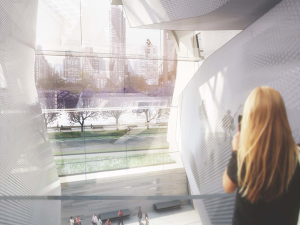 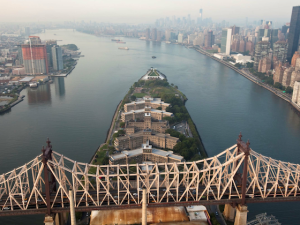 When technology changes at the speed of a microprocessor or the flicker of a screen, in the time it takes to type in a password or hit send on an email, how can buildings be created to contain all this light-speed innovation? That is the quandry confronting the architects designing Cornell and Technion University’s news campus on Roosevelt Island.

“Google didn’t exist 25 years ago, Facebook didn’t exist 25 years ago, even AOL didn’t exist 25 years ago,” Andrew Winters said on a recent afternoon. The director of capital projects and planning for Cornell NYC Tech, he was giving a preview of the the school’s proposed Roosevelt Island campus in a large conference room inside the Wall Street offices of SOM, the master planners for the 12.5-acre project. Thom Mayne, the Pritzker Prize-winning L.A. architect designing the first academic building on the campus was also present, along with a number of other Cornell construction executives.

“The challenge,” Mr. Winters continued, “is how do you create a tech campus today that is still flexible enough to grow and evolve for the next 25 years?”

This was not simply a philosophical question. Like all projects large and small in the city, Cornell NYC Tech would be defined by an unforgiving zoning text, a set of parcels, parameters, pathways and public open space, boxes, empty vessels into which the creative designs and desires of thousands of engineers and entrepreneurs would be filled for decades to come. The plan calls for four new buildings just south of the Queensboro Bridge by 2017 and six more by 2038, for a total of roughly 2 million square feet—about the size of the Google building in Chelsea.

The public review process, including specific plans for the first phase and more general ideas about the rest of the project, begins today when the City Planning Commission is expected to certify the project. It then faces half a year of intensive community scrutiny, though recent meetings on Roosevelt Island have shown broad, positive support for the campus. The site is already occupied by a 1930s hospital building set to be decommissioned next year. Once that happens, demolition will commence to make way for the campus.

The new campus may be looking for the future, but the very first problem it must tackle is as old as Noah. Because the project resides on an island, an especially narrow and low-lying one at that, it is highly susceptible to flooding. The first pieces of the campus created, then, was the main pathway, called the Tech Walk, that runs through the middle of the site, roughly along the highest point of the island. All buildings will have their primary entrances on this thoroughfare as a precaution against extreme flooding. “Code requires us to build to 100-year-flood standards, but with global warming, we’re preparing for a 500-year-flood, which could become our new 100-year-flood,” SOM associate director Colin Koop explained.

The geography of the city continues to define the shape of the campus, but from the Tech Walk, the designers—which also include James Corner Field Operations, the firm responsible for the High Line among other high-flying landscapes—turned their attention to the skyline. A number of important landmarks, including the U.N Building, the Empire State Building, the famous Pepsi sign in Long Island City, and the bridge and its massive piers, created vistas the team wanted to accentuate. They carved paths creating view corridors to these spaces, and filled in between the lines either with buildings, which the designers refer to as “nodes,” or grand lawns and plazas, which are the “links” that will be among the campus’ myriad public amenities.

“We wanted to create a cinematic experience, with framed views of different things,” Mr. Koop said.

The team is also using this as an opportunity to redesign the road that encircles the campus, which is actually so old it does not meet current city requirements. The new configuration will create a wider esplanade along the , followed by a bike lane (it is a college campus, after all), then a single driving and parking lane after that and a generous sidewalk beyond.

If the entire design of the site is meant to emphasize the river and the views beyond, the challenge for the buildings themselves is to be landmarks, as well, ones that create an unmistakeable presence for the campus without interrupting or overtaking the island on which they will rest. Only the academic building, the work of Mr. Mayne’s firm Morphosis, has an explicit design so far. One design decision about it and almost every other building except for the two dorms is that they will be limited in height to five stories, or about as tall as the bed of the bridge. The two dorm buildings will not surpass the masts of the bridge, which reach about 300 feet above the island.

The first phase calls for one of the dormitory towers, a hotel conference center space for hosting events and visiting faculty and a so-called corporate co-location building where students and established tech firms and investors can meet to work. The centerpiece, though, is Mr. Mayne’s academic building. Resembling an aircraft carrier from another planet (it even has a similar elongated pentagon shape), the specifics of the design are still being worked out. But like at Mr. Mayne’s Cooper Union building, it will emphasize interactivity.

“Hallways aren’t hallways anymore,” the architect said. “They are the connection points where all the real work gets done, where the chance interactions inspirations take place.” A huge atrium, perfectly aligned with 57th Street, will be the focal point of this work, creating a grand entrance for the students, faculty and visitors, and funneling them into a grand staircase connecting the five floors. Every landing has nooks for tables and couches to encourage public work and relaxation. Elevators are pushed to the edges of the building to discourage their use.

A large cafe, open to the public, is just off the atrium—Mr. Mayne joked that Starbucks is the new campus library—and retail will ring the building, providing an amenity not only for students but also Roosevelt Islanders, who are are starved for shopping.

The exact finish of the building is still to be determined, but by far its most striking feature will be a gigantic two-acre solar array, part of the promise to create a net-zero academic building that generates as much energy as it uses (for a tech project, that is an especially impressive task). “The site is challenging and the programming is challenging, but more than anything, net zero is challenging, and that decision has informed every aspect of this design” Mr. Mayne said. “This will be an absolute prototype.”

Just like the ideas the campus is meant to elicit.