Patrick Waldo, 27, moved to the city in 2006, and—like so many before him—worked jobs in media and relegated his creative expression to the nocturnal hours. Such expression had two outlets. The first consisted of improv classes and performances at the UCB Theatre, the city’s proving ground for up-and-coming comedians. The second involved writing the word “moustache” in cursive, with markers, on the upper lips of models in hundreds upon hundreds of subway advertisements.

There’s a great moment in Mr. Waldo’s one-man show Moustache Man: Confessions of a NYC Graffiti Artist in which he uses a slideshow to reacquaint the audience with his work. He was arrested about a year ago—his gag order with the district attorney’s office just expired—so the reminders are useful. Big moustaches, small moustaches. Moustaches on models. Moustaches on the bridesmaids from Bridesmaids. Moustaches on Madea. You’ve seen these.  Moustaches on Kevin James. Moustaches on Andy Cohen, photographed and tweeted out by Lance Bass with commentary: “@ my stop lol!” Moustaches on every prominent New Yorker (Batali, etc.), dressed like Jets in ads for football season. Mr. Waldo is gangly, and it’s not hard to imagine him jumping around, whooping like Daffy Duck, the archetypical moustacher, after he’d finished a station.

“I moved up here for UCB, really,” Mr. Waldo, who is originally from Virginia, told The Observer recently at a bar on the Lower East Side. The troupe’s Comedy Central television show was, to him, a revelation. He taped it every Wednesday and watched it with a friend after school on Thursdays. In 2005, he came up and saw Louis C.K. at UCB. “He was just starting to talk shit about his daughters, how they’re the worst roommates ever,” he remembers. “And I cried. It was the first time I laughed so hard that I was crying. It was probably one of the best stand-up sets I’ve ever seen.”

The initial idea was to order actual fake mustaches to slap on the ads, but people ripped those off and the blank spaces left behind depressed him. “I actually hate the ‘mustache meme,’” Mr. Waldo confided. “People who have, like, a mustache tattoo on their finger or their coffee mug. It’s dumb.” And yet he liked the way the word looked. It wasn’t long before it became an obsession. He didn’t have an unlimited MetroCard, so he tried to do every ad in a station (West Fourth was a favorite because he could do A/C/E and B/D/F/M uptown and downtown with one swipe), and even if the tag itself only took about six seconds to do (he timed himself), a whole station could take 20 to 30 minutes.

“I would go on Flickr and search for the tag ‘moustache,’” he said. “I’d see new posters that I’d done and know that people were getting the joke and that they were liking it.” He liked that people got it. It was a much bigger audience than the ones that came out to see his improv.

The cops seemed to get it, too. The piece that spurred the investigation that brought Mr. Waldo down was an Ann Taylor ad outside the Transit Police station at 42nd Street, and they took it personally.

He started getting off at stops en route to parties, not waiting to reach his destination. He was late to gigs. His girlfriend stopped waiting for him as he finished up yet another stop on their way home.

When the Transit Police finally arrested him, in an unnecessarily elaborate sting operation as Mr. Waldo was getting off his job as a double-decker bus tour guide, there was no denying it. (When they cuffed him, the cops said, “Looks like we finally found Waldo!” Mr. Waldo was mainly offended on a comedic level.) They had security footage, and he was too good at what he did. The imitations didn’t properly straddle the philtrum, didn’t nail the swirls on both ends. He ended up with 30 days community service.

Now he’s got the one-man show, which he will perform twice this month, and he is getting ready for an exhibition at Krause Gallery in January. The main thing is to stay true to the brand, although he’s still not sure what he’s going to do.

“Jim Joe is one my favorites,” Mr. Waldo said when asked about other graffiti artists who work the subways. “Jim Joe is pretty much a tagger—he just writes his name, or phrases like ‘keep walking.’ I like that. ‘Keeeep walking.’”

But when he went to Jim Joe’s recent show at The Hole, Mr. Waldo was disappointed.

“I was ready to drop some serious cash on a Jim Joe piece, but it was all like Abstract Expressionist, minimalist, conceptual bullshit,” he said. “Completely different from anything you knew him for, and it was disappointing. I didn’t buy anything. I would have taken a canvas that had ‘Jim Joe’ or some dumb tag on it. I would have taken that in a heartbeat. I love New York and I love the New York scene and, for me, owning a piece of street art is like owning a piece of New York history.” 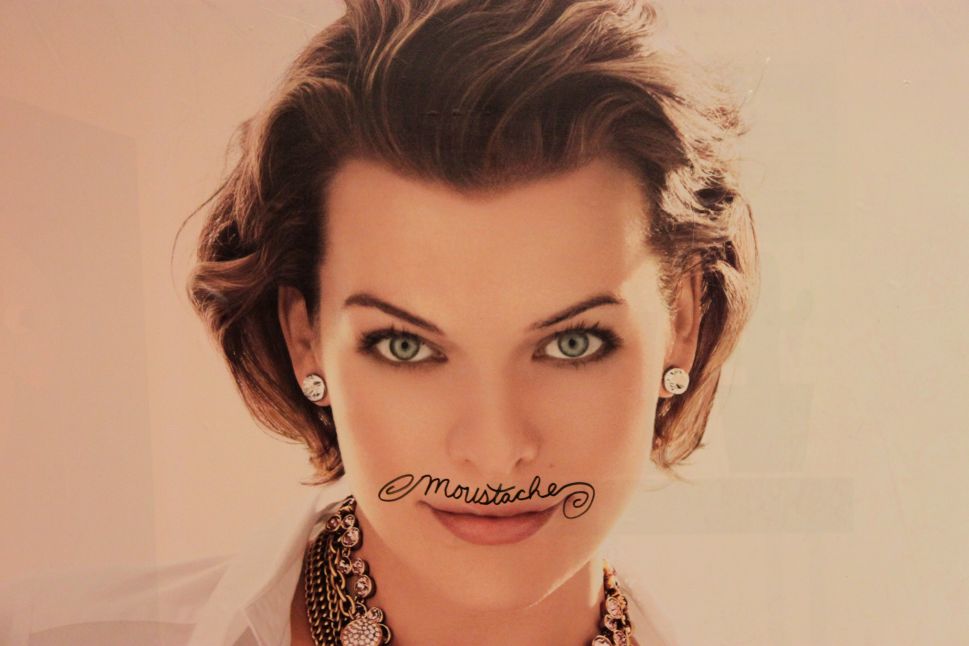