The candidates in the 9th Congressional District contest traded with a combination of chutzpah and fibra in this North Jersey stand-off of fierce wills sponsored by the Bergen-Record and The Herald-News.

“It looks like a bald eagle that has had its wings clipped,” Boteach griped in reference to the shape of the new 9th District, crafted for a Democrat to coast to re-election. “It’s absolutely absurd.”

Made in part to suggest that Pascrell has an easy lift here, the argument might have had resonance in any other district but this one this year, when the congressman, counted out in the lead-up to a Democratic Primary with U.S. Rep. Steve Rothman, prevailed against the odds for the right to face Boteach.

“I do not feel entitled to this,” said Pascrell. “We have elections. We have debates. And then the people decide.”

He noted that when he ran against an incumbent in 1996 he was down 22 points in the polls before pulling ahead and winning.

“I’ve never taken anything for granted. For anyone to suggest I take this for granted, is irresponsible,” he added.

After months of outrunning and wearing down the whispers declaring him politically dead, Pascrell told Boteach, “I’m going to campaign for the next two weeks like you’ve never seen.”

“You are right,” Boteach said. “I have not seen it. You are correct.”

The challenger repeatedly bashed Pascrell for presiding over what the rabbi identifies as a government-centric solution system, denouncing the “Pascrellization of America.”

He later reiterated his call to the congressman to distance himself from Mohammed Qatanani, a Paterson imam.

The Republican wants him out of the country, and he wants Pascrell to take up the cry for his ouster.

However, “if he (Qatanani) simply repudiates Hamas I will become the single greatest supporter of keeping him in the United States.”

“I strongly oppose Hamas,” he boomed. “I fought the European Union to make sure Hamas was designated as a terrorist organization. No equivocation.”

The Democrat said he refused to be the grand inquisitor and called what he sees as Boteach’s press-release witch hunt “despicable.”

“The FBI will decide whether this guy should go or stay, not you,” Pascrell said.

The pair mauled each other some more on PACs and super PACs, with Pascrell growing animated over Chinese money in American campaigns.

“He has $770,000 in PACs and union money,” Boteach said, but confessed he didn’t want to bore the audience with details.

He went back to a central complaint.

“One of the biggest problems is incumbency,” said the Republican rabbi. “There isn’t much democracy. People in Trenton decided you will have a Democratic congressman.”

For that matter, the presidential election is already decided, he added.

“None of you will decide the presidential election,” Boteach said, arm motioning over the heads of the audiencce. “If I hear one more word about Ohio or Florida, I’m going to eat my yarmulkes. Don’t worry, Congressman, I’m going to save some for you, too. It’s kosher.” 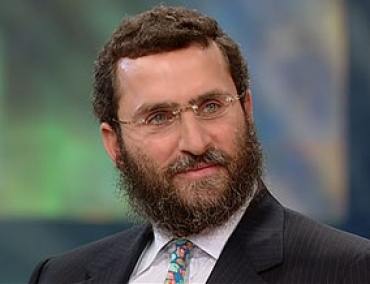