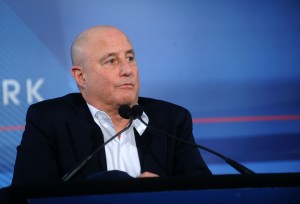 Gagosian Gallery today dropped its lawsuit against Ron Perelman’s MAFG Art Fund LLC that alleged the billionaire collector failed to pay for two works and also refused to meet a payment schedule for another unfinished work.

This doesn’t mean everything’s copacetic between the two parties, of course, since shortly after Gagosian’s lawyers filed its lawsuit, Mr. Perelman’s lawyers filed a countersuit that alleged the dealer manipulates prices for his artists. Neither party’s lawyers were immediately available for comment on today’s developments, so it’s difficult to gauge exactly why Gagosian dropped its case.

This news was first reported by Rachel Corbett at Artinfo.