While Bill Pascrell and Steve Rothman earlier this year waged one of the most epic congressional primaries of the past two decades, U.S. Rep. Scott Garrett (R-5) absorbed much of the blame for the country’s woes – and none of the punishment.

The two Democrats savaged each other in a fight Pascrell finally won by concussive kayo, as the Tea Party-branded Garrett – who believes the country’s big government woes started with FDR – anticipated a walk-over general election, the consequence of Rothman’s decision to face fellow Democrat Pascrell rather than risk losing in a GOP-advantage district.

“You never take anything for granted,” he told PolitickerNJ.com. “You campaign vigorously. This is a time for me to be back in the district, and a great time to be doing things I don’t do (when in the Capitol) – like visiting hospitals, medical facilities, factories, etc – all the things you want to do but a lot of time can’t.”

Garrett acknowledged Democrats want to pin gridlock on the Tea Party but shied away from fielding better-known candidates than Gussen against the incumbent movement conservative.

“As you well know, they went through a series of candidates’ names floated, so people did look at the race, and people gave it some consideration and thought at the end, looking at the district and looking at me pretty good, and the numbers, that my views are in line with the constituents,” said the Republican congressman.

“They concluded Garrett represents the district well,” he added.

Despite the Democrats’ hot potato response to going against Garrett and the lack of name ID and cash possessed by the man who did choose to run against him, a Bergen County Republican Organization (BCRO)-commissioned poll shows Garrett leading Gussen by just 46-44% in the Bergen portion of the 5th District. The 5th contains portions of Bergen, Warren, Sussex and Passaic.

Garrett said he didn’t know about the poll.

“I can’t tell you anything on the poll,” the Republican said. “I haven’t seen the poll, so I can’t comment on the numbers or how the tabs work. In the past I got 65% in Bergen County; now there are some new towns, but I anticipate doing well.”

Garrett said he is happy with the way former Massachusetts Gov. Mitt Romney is running against incumbent President Barack Obama.

“They’re certainly being shown a contrast,” he said of the voters. “Obama wants to go to the left and Romney wants to go in a diametrically different direction. Mitt is laying out the case for free enterprise and capitalism and laying it out pretty well. It’s still a very winnable race. The debates will illuminate the differences even further. The polls go up and down. …Mitt is going to be able to pull this off.

“You’re going to have two things Mitt is going to have to say tonight: One is he must address the failures of the last four years, and that goes under the umbrella of ‘are you better off now than before?’ The answer is clearly no. The second major point is to show the new direction.”

A congressman for nine years, Garrett sees a chance to move into the chairman’s position of the budget committee if Ryan becomes vice president.

“From the personal side Paul’s a guy who heads back home as soon as he possibly can, on a much longer trip than I have,” he said. He goes back to his wife and kids and is a devoted family man, which is why he didn’t take other leadership positions in the past. He is an intelligent and articulate guy, and people see that, but most people don’t see the family side of him. Obviously, the guy knows his stuff. There is no one better on the floor. He’s a policy wonk – in a positive way.

“My first priority is making sure they win,” he added of the national ticket. 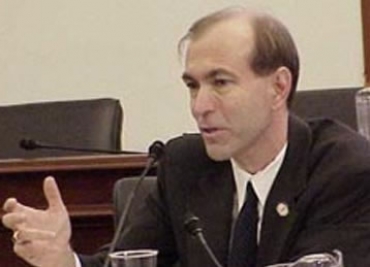