They might be able to make burritos and rescue the drowning, but robots are still lacking in some basic functionality. Namely: The ability to do very much with tools. Those of you who’ve seen Planet of the Apes and/or ever attempted to jimmy the cap off a beer bottle will surely recognize that this is an important part of our special sauce as a species, and one that our mechanical brethren can’t quite yet replicate. Hence, as per the MAKE blog, a team of researchers at Georgia Tech are working on that.

Specifically, they would like to build a robot MacGyver.

As this Georgia Tech announcement points out, we’re increasingly deploying robots in dangerous situations and hard-to-get-to places (hello, Mars rover!), but they lack human abilities to interact with their environment. If they lose their keys, they can’t root through their purse and find something to pick the lock:

If today’s most sophisticated robot was trapped in a burning room by a jammed door, it would probably not know how to locate and use objects in the room to climb over any debris, pry open the door, and escape the building.

Those of us on self-appointed Skynet Watch might call that a feature, rather than a bug, but the research team headed up by professor Mike Stilman begs to differ. They’ve gotten a $900,000 grant from the Office of Naval Research to build a robot that can “use objects in their environments to accomplish high-level tasks.”

“Our goal is to develop a robot that behaves like MacGyver, the television character from the 1980s who solved complex problems and escaped dangerous situations by using everyday objects and materials he found at hand.”

The solution will involve algorithms, naturally, which is exactly how we get Cylons, so thanks in advance, guys. 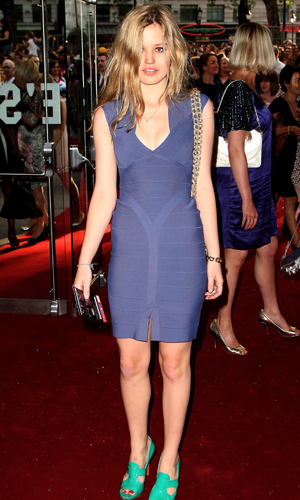