We’ve all done it: An argument breaks out at the bar/dinner table/book club meeting, about a half-remembered line of poetry or factoid about the American Revolution. What was Mick Jagger’s childhood nickname? Only Google can tell you for sure. So someone hauls out a smartphone and lickety-split, the matter is settled. Back to brunch!


Well, the matter isn’t settled as far as Google is concerned, reports The New York Times. Rather than being a mere 30-second in-case-of-emergency argument ender, the company wants its search products integrated ever-deeper into your socializing, like that one dude who doesn’t know when to stop dropping Trivial Pursuit factoids at the cocktail party.

Googling the answer to a question has become accepted social behavior, but “it’s still somewhat awkward when you see that at a dinner party,” said Amit Singhal, senior vice president in charge of search at Google. “The key to the future is how can you make such conversations socially even more normal?”

And before you say, “duh, Google Glasses,” we’re talking about so much more than just being able to pull up an answer quickly, without digging in your tote for your phone:

“It’s not just a question of having screens everywhere or wearing a screen, but also this whole idea of phones and devices becoming more context-aware, so they can offer information that is highly relevant,” said Pattie Maes, founder and director of the M.I.T. Media Lab fluid interfaces group, which studies how to integrate digital information into daily life.

The example used: You and your companions begin discussing monarch butterflies; your Android pulls up a map of migratory patterns, like a total know-it-all.

We’re calling it now: In fifty years, there will be no more trivia nights because no one in America will be able to retain any information whatsoever. 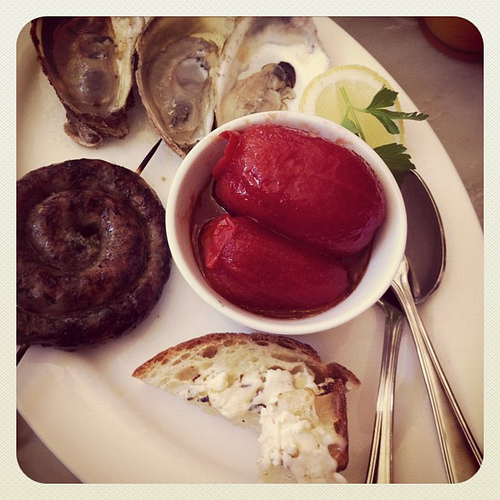