With Hurricane Sandy hitting New York, flooding has already occurred along the heavily polluted Gowanus Canal. Though the worst floods are expected to occur this evening when high tide combines with the strongest part of the storm surge, Mayor Michael Bloomberg and his deputies don’t expect the toxic waters to do serious damage. Politicker asked the mayor whether he expected heavy flooding on the Gowanus tonight and what environmental or health risks the waters might pose for residents at his press conference at the Office of Emergency Management in Downtown Brooklyn early this evening.

Mayor Bloomberg also invited Deputy Mayor for Operations Cas Holloway to weigh in on the situation with the canal. Mr. Holloway said he didn’t think the waters would put people in danger and he’s confident the city can clean up and flooding along the waterway, which is one of the most polluted in the country.

“I know the issue that you’re referring to in terms of the what the could have. We’ll make sure that–we don’t think there’s any immediate danger to anybody and we don’t think there’s any issue,” said Mr. Holloway. “DEP will make sure that it gets taken care of so, as the mayor said, flooding should recede with everything else and we’ll clean it up like everything else.”

“This was just addressed in the Mayor’s remarks, but in addition: We encourage residents to observe existing advisories regarding the Gowanus Canal, and will work with the EPA to determine any potential impacts that result from flooding. Residents should wash their hands and practice proper hygiene if they come into contact with the canal’s or sediments,” Mr. Chambliss said. 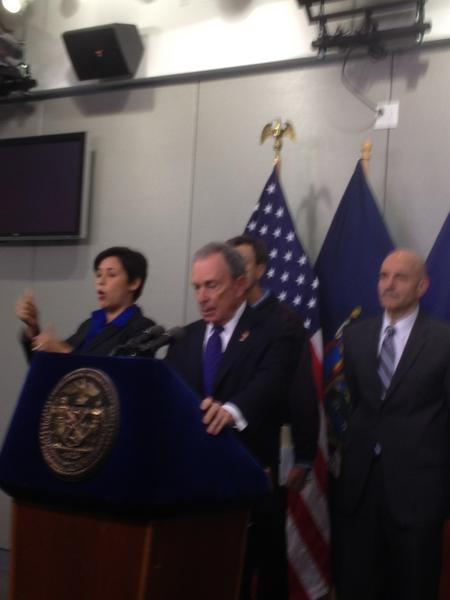