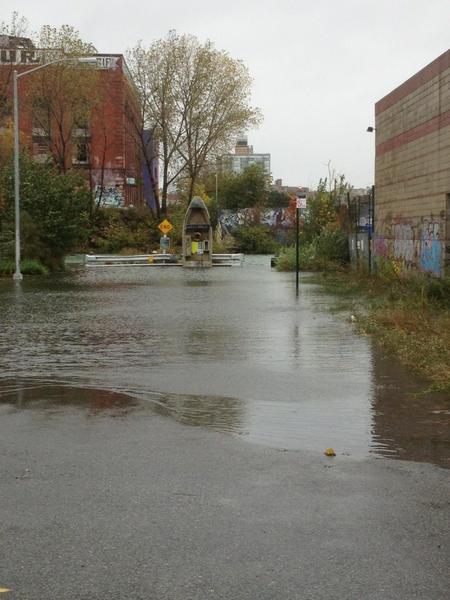 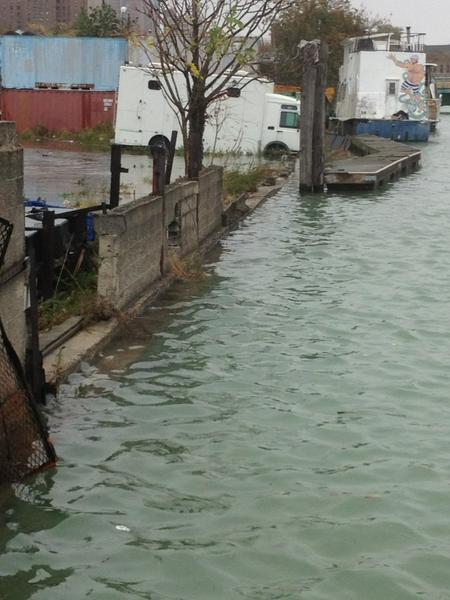 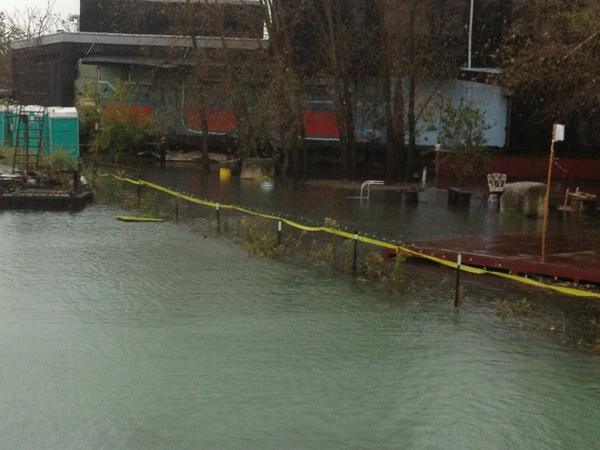 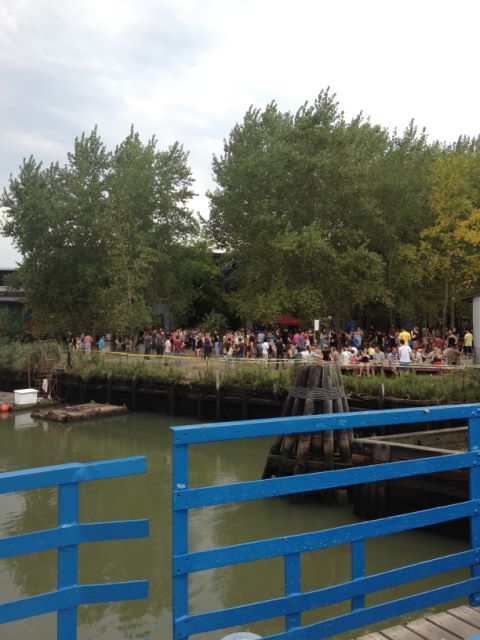 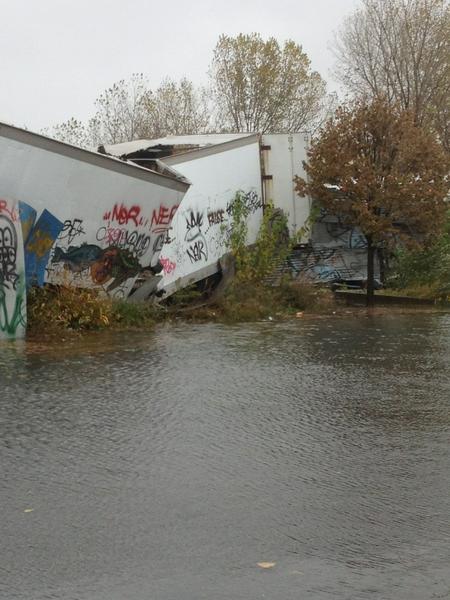 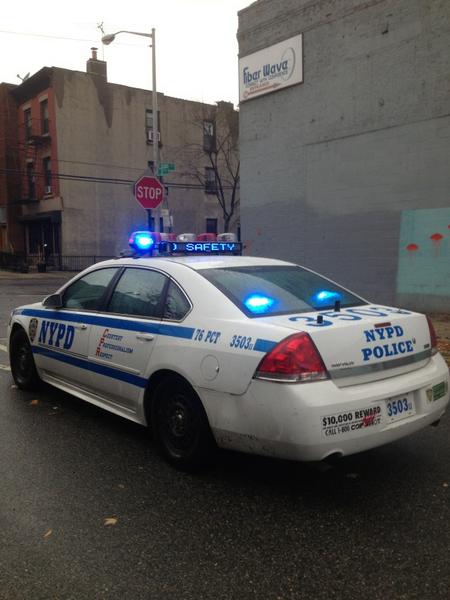 A police car on 2nd Street in Zone A broadcasting a warning "Evacuate to Safety Call 311 for Shelter Locations." 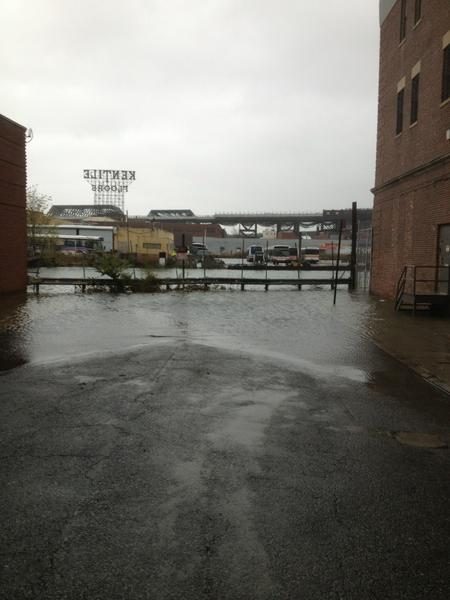 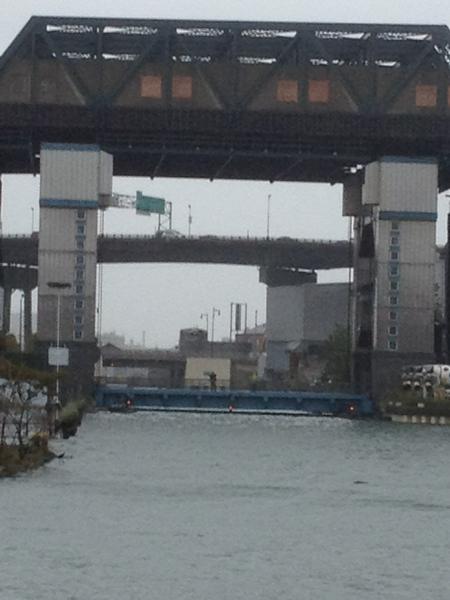 Water nearing the bottom of the bridge on 9th Street. 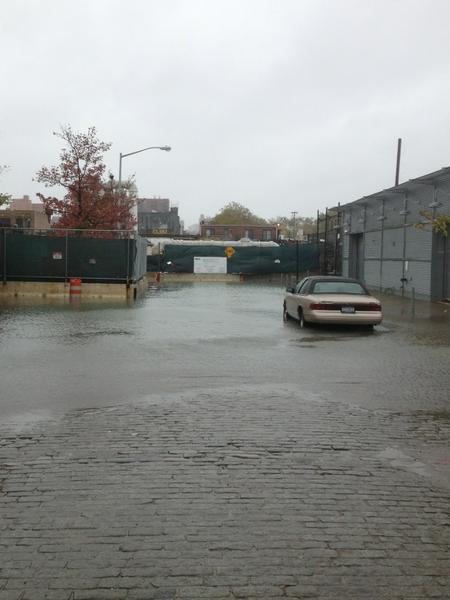 A car caught in the water on Douglass Street. 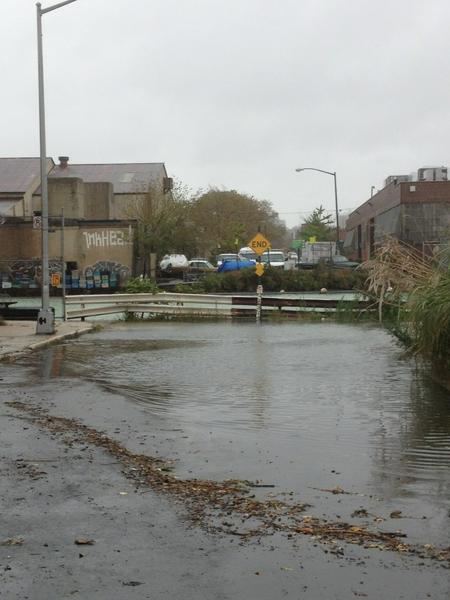 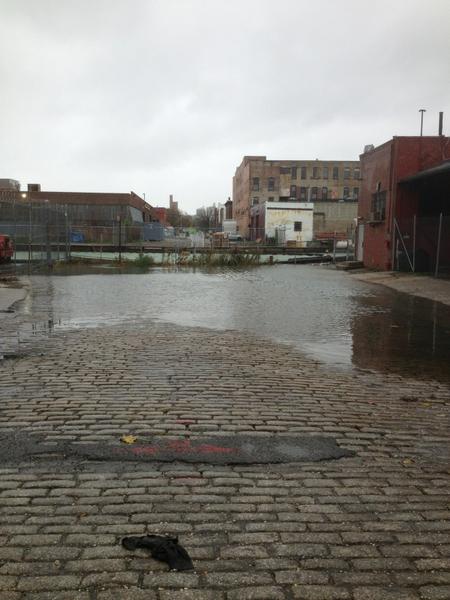 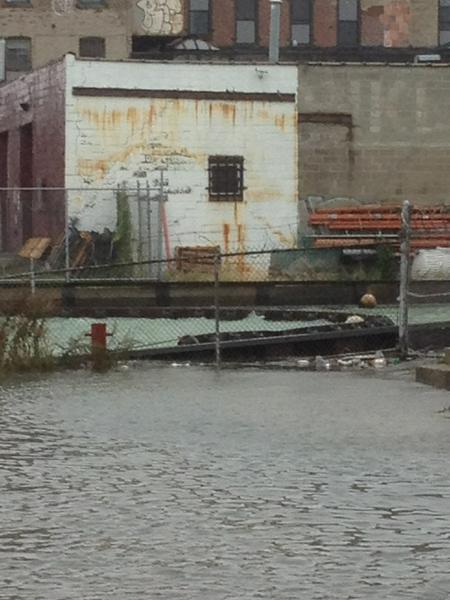 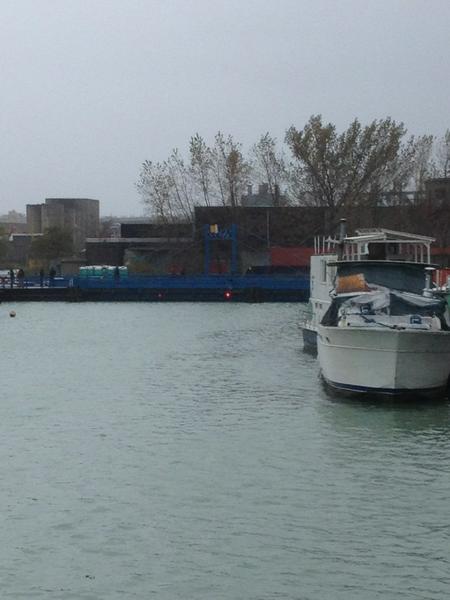 Water at the base of the Carroll Street Bridge as seen from the bridge on Union Street. 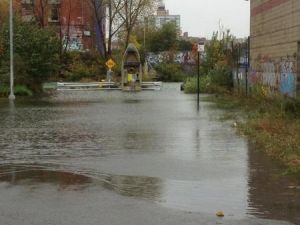 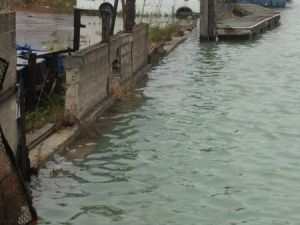 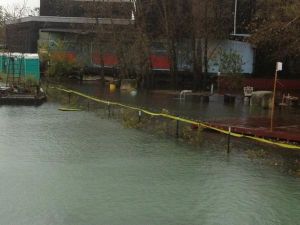 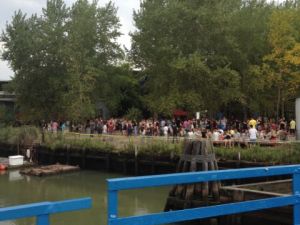 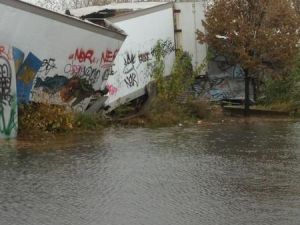 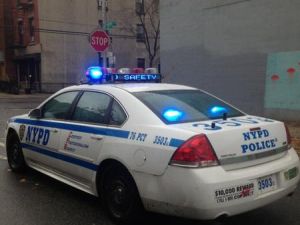 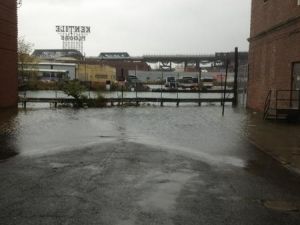 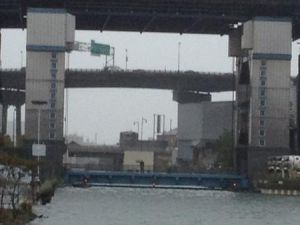 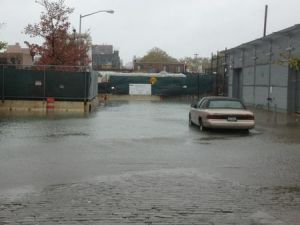 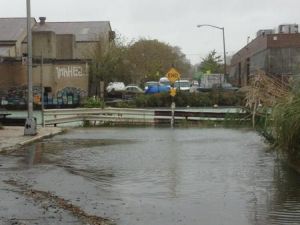 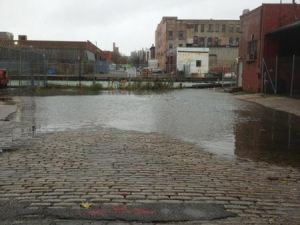 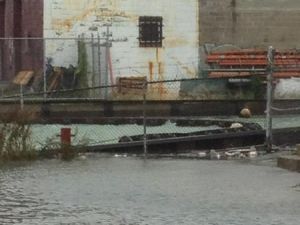 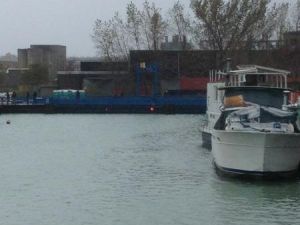 With the combined effects of the surge from Hurricane Sandy and high tide, the Gowanus Canal broke its banks this morning in multiple locations and flooded over many of the streets in mandatory evacuation Zone A along its shores. The Observer was on hand to take pictures of the waters. It was far worse than anything we witnessed with the initial Sandy surge at high tide last night.

While the only serious flooding we saw last night was on 2nd Street, this morning saw waters creeping up almost every block next to the canal near Carroll Gardens. Flooding in the canal is troubling as its a superfund site that is home to extensive industrial activity and has a long, well-deserved reputation as a hotbed of toxic sludge and pollutants. The Environmental Protection Agency describes the canal as “one of the nation’s most extensively contaminated bodies.”

We reached out to several elected officials to get their take on the environmental and flooding risks on the Gowanus during the peak storm surge this evening. The only response we got was from the Mayor’s Press Office, which directed us to Department of Environmental Protection spokesman Corey Chambliss.

“Let me look into this and get back to you,” Mr. Chambliss said.

We’ll update as soon as we have further information. For now, click the slideshow to see pictures of the floodwaters along the banks of the canal.

Update (6:39 p.m.): Mayor Bloomberg and one of his deputies discussed the situation with the Gowanus Canal in a press conference this evening.

“This was just addressed in the Mayor’s remarks, but in addition: We encourage residents to observe existing advisories regarding the Gowanus Canal, and will work with the EPA to determine any potential impacts that result from flooding. Residents should wash their hands and practice proper hygiene if they come into contact with the canal’s or sediments,” Mr. Chambliss said.

Update (10:48 p.m.): Here are some pictures of the canal flooding during the peak of the storm this evening.