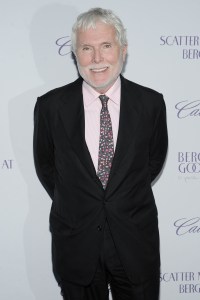 If you’re a fan of all things Glenn O’Brien—and why wouldn’t you be, really?—be sure to pick up GQ‘s special Style Guy issue, on newsstands now, which highlights Mr. O’Brien’s 13 years contributing to the genre of style literature. WWD has the story:

“Respect yourself,” he told the guy with the loaded girlfriend. You can cross your legs if you want, he advised the other guy.

“I’m not very trendy, so I think I haven’t recanted on anything. I’ve revised my opinions on some things. I used to be fuddy-duddy about white shoes,” he said. Now, he thinks they’re acceptable to wear during any warm months.

Did you know Glenn O’Brien coined the title “editor at large?” It was his when he worked at High Times, so it made a lot more sense there, compared to when they use it other places.