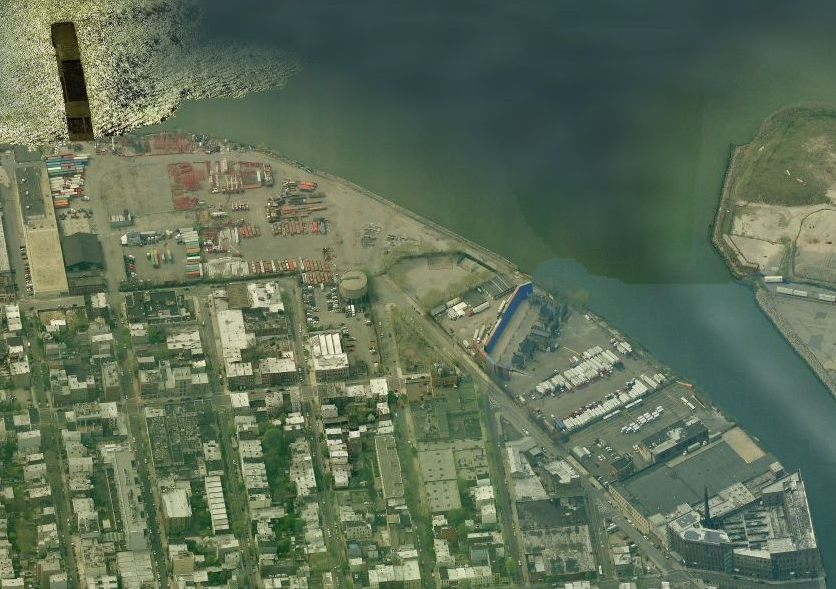 The site is at the mouth of Newtown Creek, on the border with Queens. 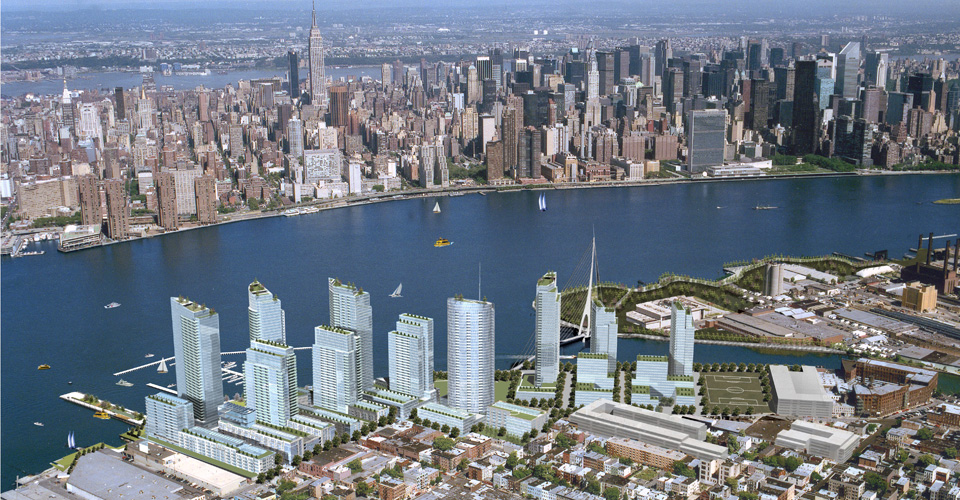 The site is dotted with 10 different towers. 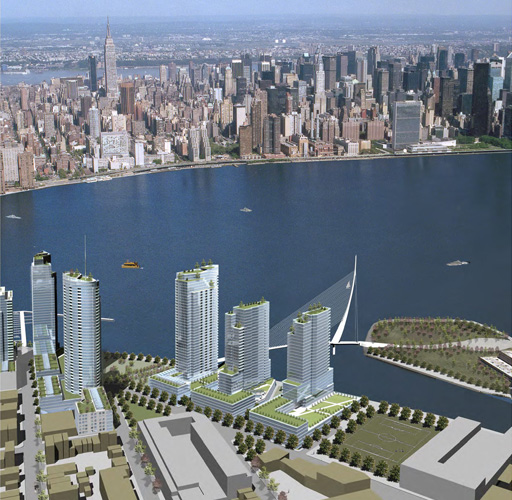 The two furthest to the north will be the first to be built, starting some time next year. 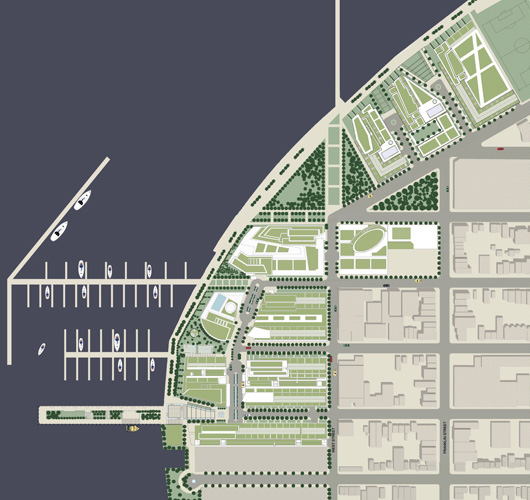 As with other waterfront developments, access and open space will play an important role.
Advertisement 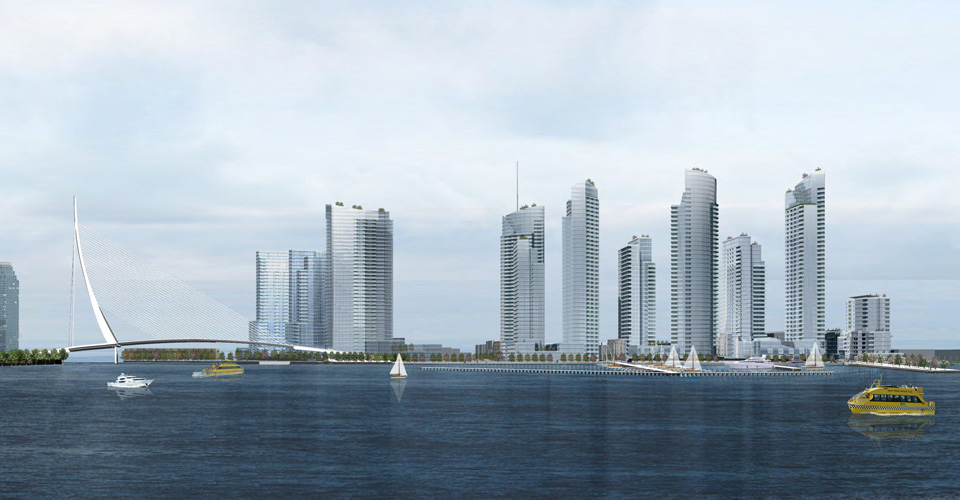 Notice the funky bridge over the creek. 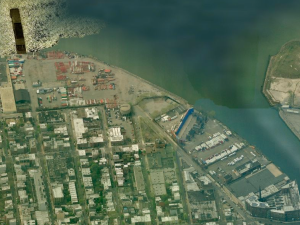 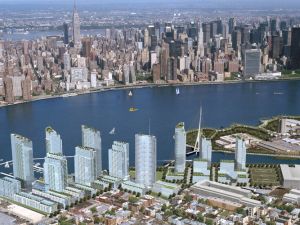 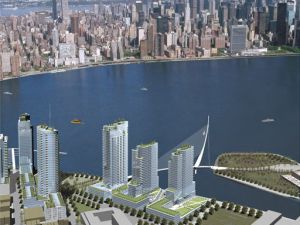 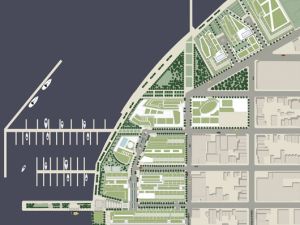 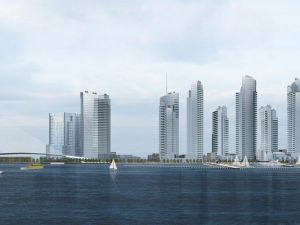 It was about this time last year that The Observer had first heard that Greenpoint Landing, the just gigantic 10-building development at the mouth of Newtown Creek, was about to come back to life after having been forgotten following the building boom and subsequent collapse in North Brooklyn. “The project has been there a long time, but now the market is finally there,” one of the people involved in the project said at the time. It was predicted buildings would begin rising this year.

But here we are in October with nothing to show for it. Well, nothing but a blog post from Greenpointers hearing that work may just be beginning. The evidence? A message from the local councilman’s office and the apparent departure of the boardwalk from Boardwalk Empire that has been on one of the lots since the show debuted. But it’s true. While a year later than promised, The Observer has confirmed that the project is again underway.

“Park Tower Group intends to start with two rental towers, including affordable housing, towards the end of 2013,” Alfred Bradshaw, executive vice president of the firm, said in a statement. “Details of the plans have not been finalized.”

That includes renderings for the project, according to a Park Tower spokesperson, which Greenpointers uncovered on the site of Handel architects, a firm best known for designing the Trump Soho and the Dream Hotel. The renderings show a series of faceted spires rising  to between 20 and 40 stories, heights laid out in the 2005 rezoning of the neighborhood, of which Park Tower was a leading advocate for. In fitting with that plan, 20 percent of the roughly 4,000 units planned for the 20-acre plot will be set aside.

The two towers to be built first are the northern most ones, according to the spokesperson. This makes sense given Park Tower is currently vying for air rights being sold off from 65 Commercial Street, an MTA parking lot that is set to be turned into an athletic field with the money made from the air rights sale. Currently, Park Tower is competing with David Bistricer and Joseph Chetrit, who own a neighboring site for which they want to use the air rights.