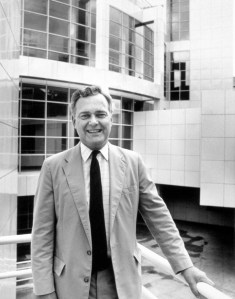 Atlanta’s High Museum of Art announced today that its former director, Gudmund Vigtel, who led the museum from 1963 to 1991, has died. He was 87. Since leaving the museum, he had served as director emeritus.

The museum shared some of the details of his nearly three decades as the leader of the museum.

“[D]uring his tenure he tripled the size of the Museum’s permanent collection, established more than $15 million of endowment and trust funds, and increased the Museum’s operating budget from $60,000 to $9 million. He also grew the Museum’s staff from four to 150. Most notably, it was Vig who spearheaded the campaign that resulted in the construction of the High’s iconic Richard Meier-designed building, which opened to the public in 1983.”

The museum noted in its news release that Mr. Vigtel took the top position at the High the year after a plane crashed in Paris, killing 122 arts supporters from Atlanta who were onboard. In a statement released to press, Richard Meier said, “As director of the High Museum of Art, Gudmund Vigtel led the museum out of a shadow and into the sunlight.”