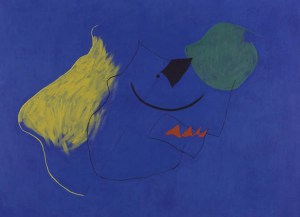 The FIAC fair at the Grand Palais in Paris has just gotten underway and yet Bloomberg reports that sales are already healthy.

The standout sale is an $8 million Joan Miro from 1927 sold by New York’s Helly Nahmad Gallery. And there were others!

Metro took barely an hour to sell half of the 10 smaller 2012 Robert Longo ink-and-charcoal “Studies of the American Flag” it was showing on its booth, priced at $35,000 each. Longo’s large-scale triptych of the same subject, priced at $600,000, was on reserve.

Read the whole story at Bloomberg.