The Stockton Polling Institute released its second poll of the 2nd Congressional District showing Republican incumbent Frank LoBiondo leading Democratic challenger Cassandra Shober by a margin of 54 percent to 34 percent. In the September poll, Congressman LoBiondo had a similar lead of 55 percent to 34 percent.

In the race for the United States Senate seat, incumbent Democratic Senator Robert Menendez still leads Republican challenger Joseph Kyrillos by a 56 to 33 percent margin in the 2nd Congressional District. The margin is the same as the first poll conducted in September.

“The Senate and the Congressional races show remarkable stability over the course of a month with Senator Menendez and Congressman LoBiondo holding on to the same leads they had in the previous Stockton Polling Institute poll,” said Daniel J. Douglas, Director of the William J. Hughes Center for Public Policy.

Only 18 percent of the voters approve of the job performance of Congress (up from 14 percent), while 81 percent disapprove (down from 84 percent).

The Stockton Polling Institute again asked likely voters their opinion of Governor Chris Christie. Voters in the 2nd Congressional District rated his job performance essentially the same with 48 percent of likely voters rating Christie’s job performance as excellent or good, while 51 percent rate his performance fair or poor. In the previous poll, the margin was 47 – 51, a statistically insignificant difference.

However, his favorability ratings are slightly better and improved, with 51 percent viewing him very or somewhat favorably, while 44 percent view him somewhat or very unfavorably. In the previous poll, Christie had a 51 percent favorable and 46 percent unfavorable margin.

Interviews are conducted at the Stockton Polling Institute by live interviewers calling from the Stockton College campus. The poll was conducted with 609 likely voters from Oct. 20 – 24, 2012. Interviewers called both land lines and cell phones. The previous poll referenced was conducted with 624 likely voters from Sept. 19 – 24, 2012. All prospective respondent households in the source telephone list have the same chance of joining the sample because of the random digital dialing system (RDD). Data were weighted based on United States Census demographic data. The survey has a margin of error of +/-4.0 percent. 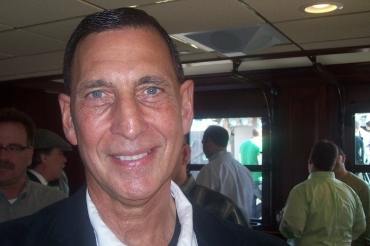