Thirty-fourth District state Senate candidate Mark Alexander plans to file over $70,000 in campaign donations in his first filing deadline with the New Jersey Election Law Enforcement Commission (ELEC), according to his campaign.

Since opening his campaign account on July 12, Alexander said he has received contributions from over 120 supporters seeking an alternative to state Sen. Nia Gill (D-34).

“I am humbled by the outpouring of support I continue to receive since announcing that I am a candidate for the New Jersey State Senate,” Alexander said.  “Our first round  of fundraising greatly exceeded my expectations and will serve as essential seed money needed to begin building an organization that can win on Election Day.”

A breakdown of the ELEC filing report includes the following:

“This is just the first step towards bringing a more responsive and effective state senator to the 34th District,” said Alexander. “I am confident that my campaign is going to have every resource it needs to win in June and in the general election. We need fresh faces that can energize voters in 2013 and help us elect Democrats statewide and defeat Governor Christie.” 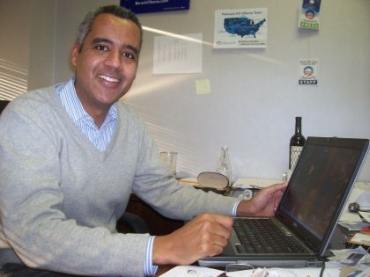