“But this is not about emails, it’s about who can provide better leadership,” he added, a reference to Delgado campaign consultant Jim Devine’s email to the mayor calling her too dumb to serve.

Chairman of the State Democratic Party, Wisniewski complained about Diaz’s refusal to endorse marriage equality and a woman’s right to choose, and criticized her for standing with Republican Gov. Chris Christie for ten percent cuts across the board.

“That’s bad policy for the state,” said the assemblyman, who also criticized the mayor for supporting school vouchers that he said would essentially defund Perth Amboy public schools.

Overtones of next year’s gubernatorial contest sparked broad smiles when PolitickerNJ.com asked Delgado whether if elected mayor he would prefer to work with Assemblyman Wisniewski or Governor Wisniewski.

“What mayor would not want to see his assemblyman become governor of New Jersey?” Delgado said. “If Jon were to become governor, the people could not be better served.”

Hounded by the Devine storyline as at least one rival campaign operative mentioned that he continues to receive entreaties from Devine on behalf of Delgado, the candidate insisted the controversial operative is no longer part of the campaign.

“Jim Devine said it himself,” he said. “It was his press release and we accepted it. He’s no longer associated with the campaign. He’s advocating on his own behalf because he believes in us.

The presence of Reiman prompted two party sources to conclude that he’s the Dominguez-Rodriguez/Wisniewski candidate for chairman in the event that octogenarian Middlesex County Democratic Commtitee Chairman Peter Barnes retires.

“I support the chairman,” Reiman said, when asked if he’s angling for the chairmanship in an imminent young turk showdown between himself and labor leader Kevin McCabe.

“We are going to win this election first,” Delgado said, when asked whom he supports for county chairman.

“It is incomprehensible that the state Democratic chairman would endorse a candidate who ran on the same Republican ticket as Brett Schundler, voted in two Republican primaries, ran as a registered Republican for mayor several years ago and has yet to vote in one Democratic primary over the past decadmaxe.  The man John Wisniewski is supporting attempted to cut a secret, corrupt deal with former mayor Joe Vas to move to Perth Amboy in exchange for a taxpayer funded job and just recently spent weeks excusing sexist comments made by his consultant against the state’s first directly elected Latina mayor.

“By contrast, Wilda Diaz is a lifelong Democrat who has the support of the state’s top Democrats, from Congressman Albio Sires to State Senators Joe Vitale, Dick Codey  and Barbara Buono.  If John Wisniewski truly believes that a Republican like Billy Delgado is more representative of his views than a lifelong Democrat and incumbent Latina mayor, perhaps it is time to re-evaluate whether he belongs as the person best suited to represent New Jersey’s Democratic Party.”

Sources close to the mayor said that while herself a Catholic, who would not choose to have an abortion, she would not impose that choice on anyone else and would respect a woman’s right to make her own decision on the subject – the same view espoused by politicians ranging from Vice President Joe Biden to U.S. Rep. Frank Pallone (D-6). 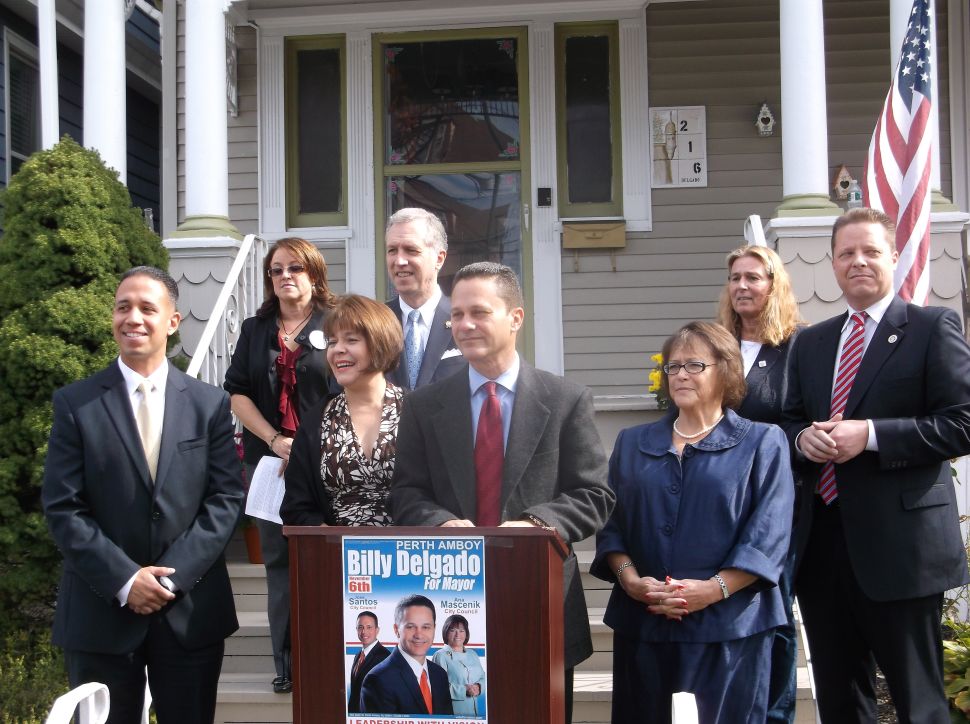