Newsbeast editor in chief Tina Brown seems to have developed a redemptive streak, at least when it comes to the bad boys and girls of the media world. Her website has recently published several pieces by otherwise disgraced journalists.

On Friday, Ms. Brown brought in Mike Daisey to pen a piece on the first anniversary of the death of Apple founder Steve Jobs. You may remember Mr. Daisey as the man who forced the public radio show This American Life to air an extensive mea culpa after he adapted his one-man show about the brutal conditions at Chinese factories that make Apple products for its broadcast, and it was later found to contain, as the subsequent retraction put it, “numerous fabrications.” Though Mr. Daisey included untruths in his story and, in the words of the radio show’s team, “misled This American Life during the fact-checking process,” The Daily Beast apparently had no problem giving him over 1,000 words and two accompanying four-minute “BeastTV” videos, in which he “reflects on the last year” in which he “fell from grace” and acknowledges that mistakes were made, but nonetheless credits himself with sparking a wider discussion of Apple’s labor practices.

Mr. Daisey isn’t the only fabulist who has contributed to The Daily Beast in the past few months. In late July, the site brought in disgraced former Timesman Jayson Blair to weigh in after The New Yorker staff writer Jonah Lehrer was busted for making up Bob Dylan quotes in his best-selling pop science book, Imagine: How Creativity Works.

“Nine years ago, I was Jonah Lehrer,” Mr. Blair wrote. That sentence may be the most accurate thing Mr. Blair’s ever written, and it’s why he’s blacklisted throughout the journalism word, except apparently at the Beast, where it increasingly looks like Ms. Brown is running some sort of media rehab facility.

Indeed, just one day before Mr. Blair’s piece ran, Joan Juliet Buck took to the Beast to tell “her side of the story” about a widely reviled puff piece profiling the wife of brutal Syrian dictator Bashar al-Assad that she wrote for Vogue in February 2011. Ms. Buck’s story praised Mrs. Assad as “wildly democratic” and “glamorous, young and very chic—the freshest and most magnetic of first ladies.” The story provoked instantaneous ridicule and was eventually scrubbed from Vogue’s website.

The Daily Beast didn’t include an explanation for why it allowed Ms. Buck to make the improbable claim that she “didn’t know” Mr. Assad was “a murderer” when she started working on her story. However, based on the growing rogue’s gallery accumulating bylines at the site, it seems that ethical questions won’t stop the benevolent editor-confessor from opening her pages to the fallen. But not all good deeds go punished, and giving a new platform to wayward scribes may be a speedy route to page-views—if not to critical acclaim. For example, the piece by Ms. Buck was criticized by many other websites, which of course linked to it in conjunction with their critiques.

We reached out to Ms. Brown to ask about her decision to publish these journalistic miscreants and whether we might expect more blighted Beast bylines in the future. As of this writing, she has yet to respond. We imagine she’s probably busy trying to get in touch with Mr. Lehrer.

Update (10/10/12 11:42 a.m.): An earlier version of this story described This American life as an NPR show. It is distributed to public radio stations by PRI, not NPR. 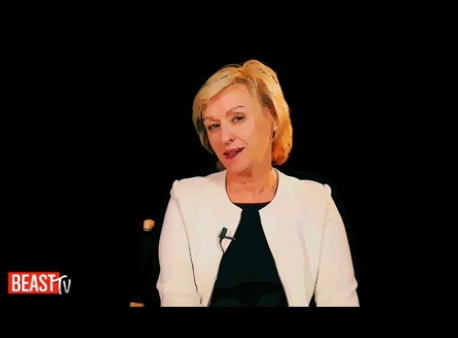