Vice President Joe Biden is in Iowa today to appear at a campaign rally at the Mid-America Center in Council Bluffs. On his way there, Mr. Biden visited a Hy-Vee store where, according to the press pool report, he mingled with the other patrons and cracked jokes. One of his interactions, which was particularly priceless, occurred as Mr. Biden stopped at a food counter and poured himself a cup of vegetable beef soup while lamenting that he had to take it to go in order not to be late for the rally.

The pool report did not say whether Mr. Biden answered her question.

Mr. Biden also chatted with a woman named Karen Foley, who told the reporter in attendance he jokingly introduced himself as “Joe Finnegan” because she had an Irish last name. When Ms. Foley responded that she was aware of who Mr. Biden really was, she said he responded with a compliment.

With all that soup, speeches and small talk it’s hard out there for a veep. 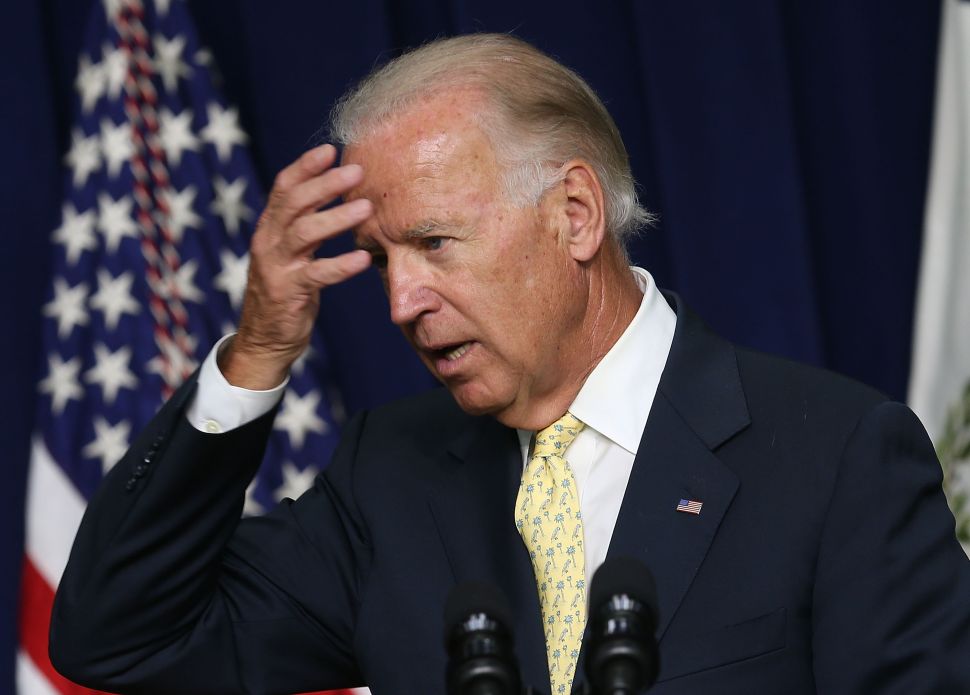