Joe Biden has spent the past few days hitting the campaign trail for President Barack Obama and, as usual, his stops have been filled with many memorable moments and quotes. Today, Mr. Biden was in Ohio where he visited a fire department in Parma Heights along with his daughter, Ashley, and former Ohio Governor Ted Strickland. Though the pool reporter, Politico’s Donovan Slack, said he “had a hard time hearing many of the exchanges” Mr. Biden had with the people who came out to meet him, Ms. Slack managed to eavesdrop on the vice president giving a little dating advice to a fireman and his pre-teen daughter.

According to the pool report, Jerry Miluk was one of “about a dozen firefighters” who came out to meet Mr. Biden. Mr. Miluk was accompanied by his son and daughter, who Ms. Slack described as “a boy of about 8 or 9 and a pre-teen girl of about 11 or 12.” After working the rope line, Mr. Biden apparently “threw his arm around” the children and called Mr. Miluk over to chat.

“I hope you’ve got a big fence around your house,” Mr. Biden said while smiling at the young girl. He then addressed the young girl directly saying, “No serious dates until you’re 30.”

After dispensing with his dating advice, Mr. Biden had one more interesting exchange before he asked the crowd to vote for President Obama. Mr. Biden was greeted by a woman who said she serves on the local council. Upon hearing this, Mr. Biden explained to her why he ran for Senate instead of pursuing a career in local politics.

“I ran for the Senate because the council was just too hard a job,” Mr. Biden said. “They know where you live.” 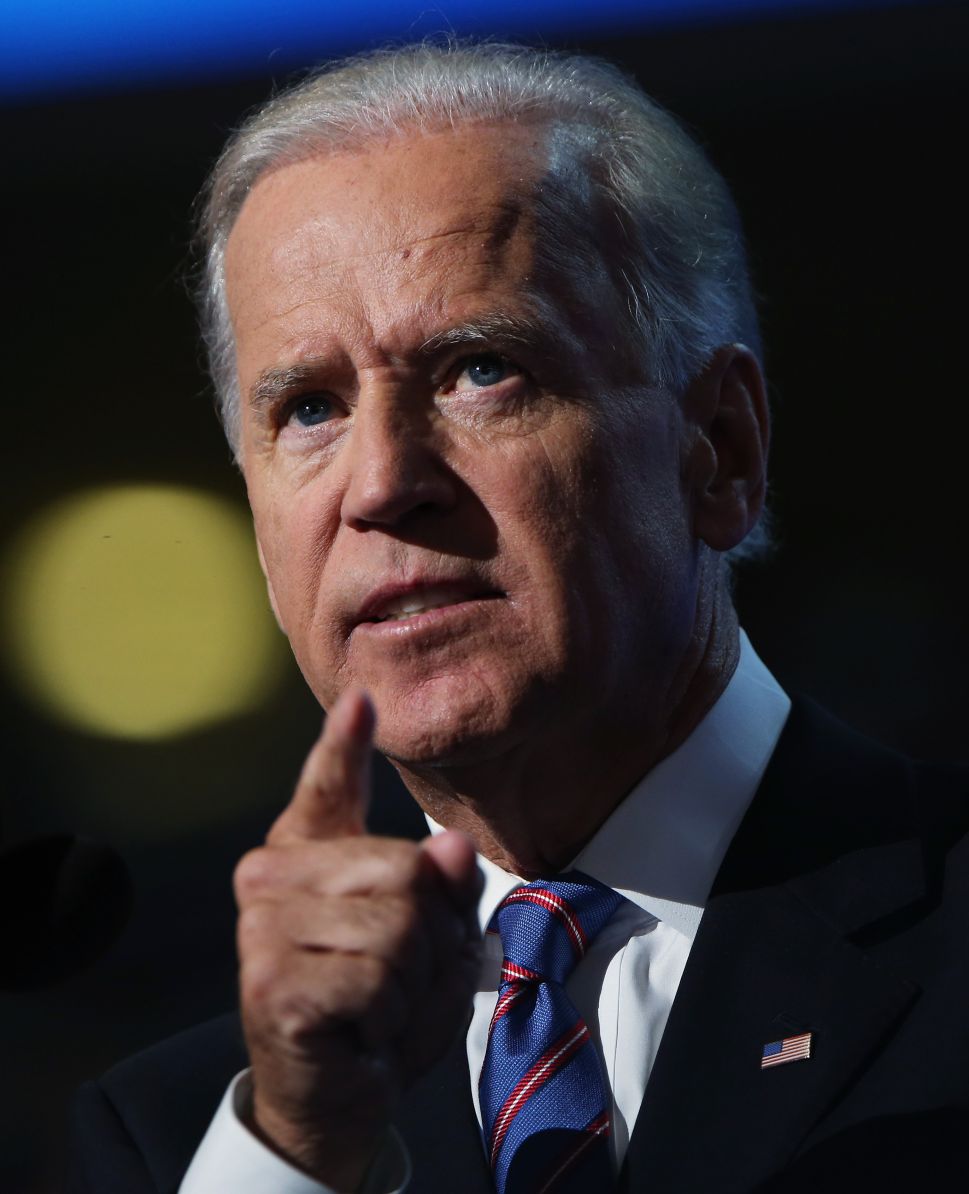