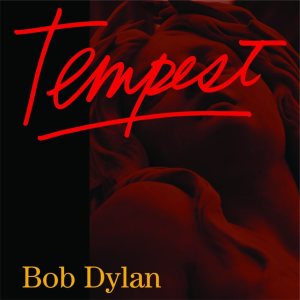 John Elderfield, chief curator emeritus of painting and sculpture at the Museum of Modern Art and a consultant for Gagosian Gallery, has written a review in Artforum of Bob Dylan’s new album, Tempest. Among the people and cultural touchstones Mr. Elderfield compares Mr. Dylan’s 35th album to are: Picasso, Coriolanus, Goya’s Disasters of War, “Carl Jung’s thoughts on James Joyce,” the Burial of the Dead in the Book of Common Prayer and William Blake. Oh boy!

I’m gonna stay out of this one other than to say that in college I once made a comparison between Mr. Dylan, Goethe and Keats based on a lyric from the song “Dignity”: “Death is standing in the doorway of life.” (Specifically, Keats’s “dying into life” image from “Fall of Hyperion” and Goethe’s proclamation that “in nature we never see anything isolated, but everything in connection with something else which is before it, beside it, under it, and over it.”) It was a theoretically unstable and, at best, superficial argument.

Mr. Elderfield’s review fares a little better than my precocious undergraduate self, and is available in the print edition of Artforum, which is out now.