Superior Court Judge John A. Casarow today issued 13 of 27 complaints that Assemblyman Paul Moriarty (D-4) filed against the officer who arrested him this past summer for DWI.

Moriarty’s pending DWI is being sent to the Gloucester County Prosecutor’s Office, according to court records.

The lawmaker last week filed his 27 criminal complaints against the officer, following through on a statement he made after his own arrest.

Moriarty denied that he drove under the influence, saying “My attorney intends to vigorously defend these allegations, which may include filing charges with Washington Township Police Department’s Internal Affairs.”

According to the Aug. 1 statement issued by Capt. Richard Leonard, Washington Twp. PD Officer Dibuonaventura stopped Moriarty and arrested him for driving while under the influence.

The statement confirmed Moriarty’s refusal of a Breathalyzer test.

“There were no passengers in Mr. Moriarty’s vehicle at the time of this incident,” said Leonard of the stop at 5651 Black Horse Pike in Turnersville.

“He was transported to the Washington Township Police Department and processed,” the captain added.

The arresting officer charged the assemblyman with failure to maintain his lane, refusing the breath test and DWI, and the department released him pending a court date on Aug. 8. 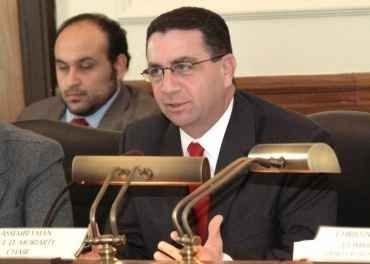