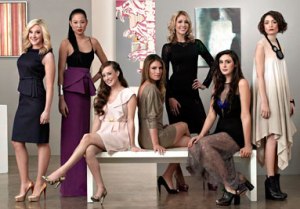 Seeking a professional opinion on the Bravo reality series Gallery Girls, we asked the London-based art dealer, curator and writer Kenny Schachter to weigh in, which he bravely did for the season’s eight episodes. His complete efforts are collected below. Mr. Schachter’s writing has appeared in books on architect Zaha Hadid, and artists Vito Acconci and Paul Thek. He is a contributor to the British edition of GQ and Swiss money manager Marc Faber’s Gloom Boom & Doom Report.