Kristin Cavallari descended on Silicon Alley this morning to judge a Halloween costume contest at Spirit Halloween. Why was the former Hills star jumping around the alley judging silly contests in the middle of the day? Well, the ghoulish competition was sponsored by Bing, which KCav now endorses.

Ms. Cavallari just had her baby ten weeks ago and she looks like she did in the first season of Laguna Beach. While all of the other reporters were busy asking her about little Camden Jack, Betabeat wanted to know if Ms. Cavallari was actually in fact a Bing user or if she was still searching with Google on the sly.

“I do use it,” she said. “I actually just took the Bing It On test and Bing won and I’m not just saying that.” Another reporter laughed in suspicion and Ms. Cavallari replied, “No, honestly! I was surprised.”

This reporter knew that the smile she was using was the same one she employed in The Hills‘ sixth season, when she would tell Brody that she didn’t want to date him. We were suspicious and asked her again if she was still secretly using Google. “I used to,” she said. “But now I’m going to use Bing. I’m excited about that.”

Baby questions were a safer topic and we wondered if Ms. Cavallari had let her little man play around on an iPad yet. “I haven’t introduced any technology item–technological items to him yet,” She said. ” But I don’t know, I don’t know how I feel about that. I’ll start waiting a couple years until I start giving him iPads and iPhones. He has his whole life to enjoy that.”

When asked if she had any favorite apps, Ms. Cavallari name dropped Words With Friends and said she used Uber to hitch a ride on the way over here. She also said that she uses “all of the baby apps” and that she used some when she was pregnant. (“I loved the Pampers one!”)

But her memory wasn’t so clear on app specifics. “I don’t remember any of them,” she said and laughed loudly. “I’m the wrong person you should be talking to!” 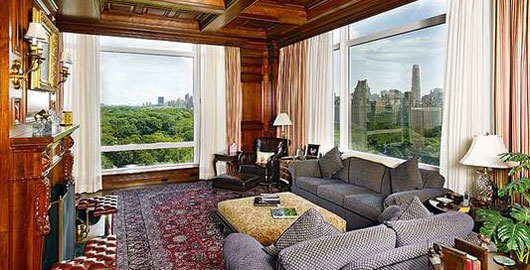