PERTH AMBOY – His father was a teamster, and Assemblyman Troy Singleton (D-7) is a carpenter.

To say he has a feel for labor would be an understatement.

Last night he sat in the front row of a jammed Ironworkers Hall in Perth Amboy, listening to Gov. Chris Christie make his best pitch to the Building Trades a year before the governor runs for re-election.

Singleton inevitably occupied a commanding political position in the audience.

Despite overlapping interests born out in part last night by Christie’s show of labor love, the rising star assemblyman’s a GOP target. As Republicans eye districts where they hope to compete next year, Christie singled out Singleton at his town hall last week, jabbing at two of the Democrat’s bills, including one on responsible fatherhood.

When Christie made his way to the front of the hall in Amboy, he and Singleton locked up into a power handshake and started laughing.

“I said to him, ‘I don’t think you’ll take a shot at me in this house today,’” Singleton recalled.

The assemblyman said he couldn’t hear the governor’s response in the din.

“The governor and I agree on several issues,” the assemblyman admitted. “We don’t disagree on everything. We have similar views on education reform.”

Christie proceeded to loosen up with the microphone.

At the heart of his argument, the public sector pension and benefits overhauling Republican played up an ages-old divide within the labor movement between the public sector wing and the trades. The governor tried to align himself with the interests of the latter as he identified construction projects he has backed.

“That is a shrewd move,” said the freshman assemblyman. “I am hopeful my friends in organized labor will see it for what it is. I hope my friends see unity in labor but the governor employed an effective political tactic.”

Singleton was clear that Christie has a legitimate record to try to sell to the Building Trades.

“I believe the governor is genuine in his support as seen by the bills he’s signed,” Singleton said. “But regarding that division he identified, we have to speak up and make sure we all come together as one team in the end.”

Christie last night received at least one question about the Access to the Region’s Core (ARC) tunnel project he shut down.

Singleton said the governor was wrong to kill that project.

“The ARC tunnel should have been modified to make sure New Jersey was not going to pay the freight,” he said. “Totally dismissing it was shortsighted. In hindsight the governor would say if he could rework the deal I think that’s what we should have done. The way he went about it cost the state a lot of money in legal fees and did not advance the state.”

A historically core Democratic supporter, Labor received Christie heartily last night. One worker who acknowledged his resistance to the Republican in 2009 asked for an autograph amid applause. But Singleton wouldn’t call it over yet for Democrats in 2013.

“My mentor used to tell me a lot of wriggles go down the rope, and there are a lot of things that can happen between now and 2013,” said the assemblyman. “The governor is in a strong position but the Democrats haven’t put forward our candidate yet. New Jersey has been historically a Democratic state.”

As part of his statewide power tour, Christie next plans to hit another Singleton hot spot, with a scheduled Burlington County town hall in Mount Laurel, the assemblyman’s back yard.

Singleton refused to read too much into the move.

“I think the governor hasn’t been in Burlington County in a little while, that’s all,” he said. “I don’t read much into that. In the end, the 7th District voters will decide. I welcome the governor. I won’t be there that day, unfortunately, I’ll be in committee.”

As for the responsible fatherhood bill, Singleton laughed off the governor’s rejection of it as over-“exuberance to get a good sound bite.”

“I think when he takes a closer look he will see the bill is entirely funded by the federal government and private foundations through a program already in place,” the assemblyman said. “It is not money that comes from our state.” 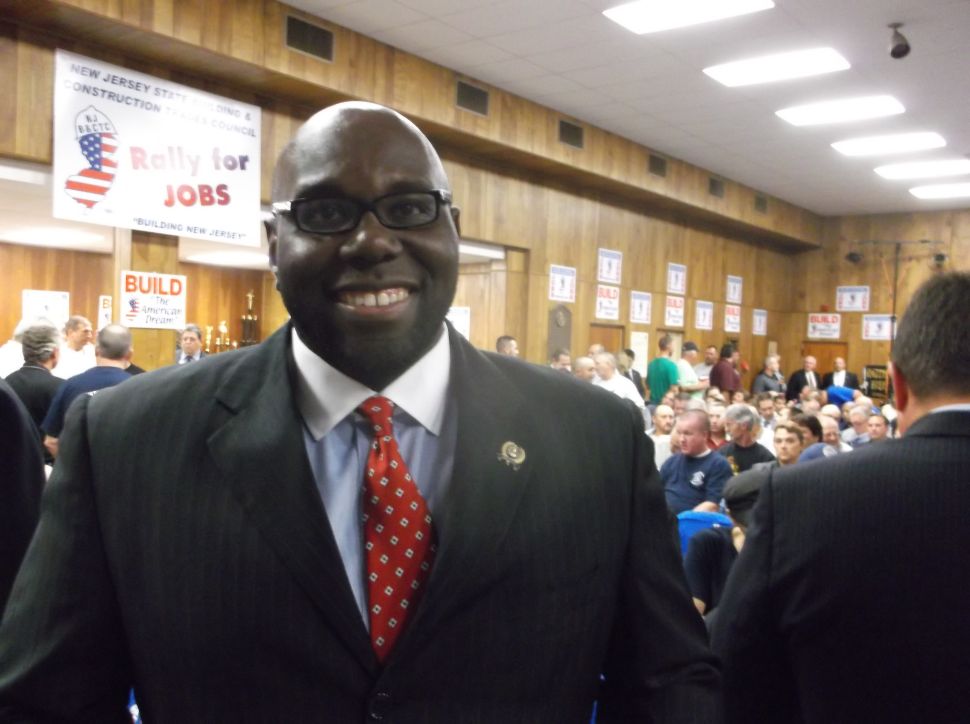