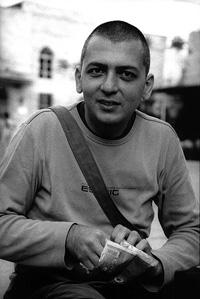 Lebanon will be represented at the 2013 Venice Biennale by Akram Zaatari, Artforum reports. It continues:

“Zaatari’s work combines radio, television, and photographic archival material with his own personal narrative to examine the ideological circulation and geographic production of images in the context of the Middle East.”

His solo shows include a 2009 outing at the Ludlow38 space on the Lower East Side and a 2005 exhibition called “Mapping Sitting” at New York University’s Grey Art Gallery. He holds an M.A. in media studies from the New School, and has curated exhibitions throughout the world.

A complete list of participants in the 2013 Venice Biennale is available here.