The Armory Show announced today that Liz Magic Laser has been chosen as the commissioned artist for its 2013 fair, tasked with creating the event’s visual identity. Reached by e-mail, Ms. Laser gave Gallerist a few more details about what she has planned.

“I have agreed to create a motif [for] the 2013 fair, which includes developing images and concepts for online and print material, advertisements, signage, invitations and admission tickets, as well as staff T-shirts and Jack Spade totes,” she said. “I will also produce two limited-edition artworks to benefit MoMA and the Pat Hearn & Colin de Land Cancer Foundation. I am assembling a series of focus groups to determine the nature of the art objects and paraphernalia. My idea is to use market research strategies to maximize the impact of the ‘Liz Magic Laser brand’ identity that will be used by the Armory Show.”

The focus group, the ad exec’s favorite gauge of public opinion, falls in line with Ms. Laser’s critique of other kinds of manipulations of power, like political talking heads, which she dramatized in I Feel Your Pain, a commission for last year’s Performa biennial, and, in her more recent ongoing work Living Newspaper, the “psychological strategies” of the media. (Ahem.)

Next year marks the 100th anniversary of the first Armory Show, which made its debut in February, 1913, at the 69th Regiment Armory. 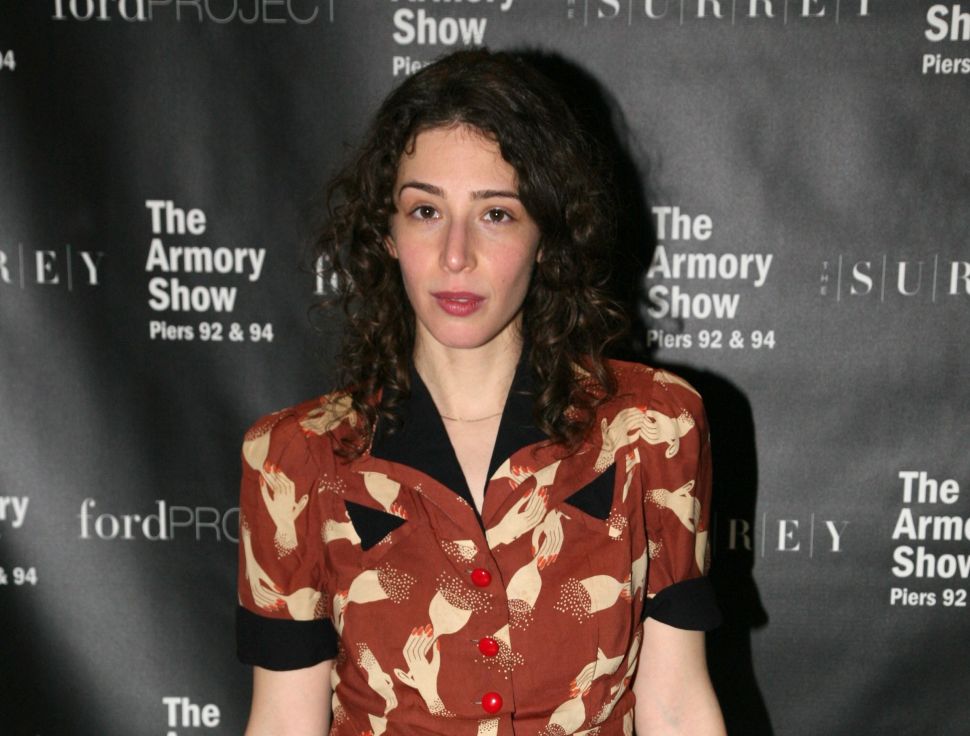