Now, before you begin laughing, its worth first considering this Ad Age paen to this year’s honorees for the magazine’s A-List Awards, which asks, “Would You Rather Own a Magazine or a Digital Startup?” The subtitle clarifies, “That is not a trick question,” and the article goes on to point out that for every Newsweek, there’s a Marie Claire doing a brisk business in ad pages. The conclusion: “You probably won’t read about that on TechCrunch or Mashable, but you’re reading it right here.”

Despite his background as a contributor to and lover of magazines, they aren’t exactly easy to make pay. For one thing, if you think your recruiting costs are difficult to bear, imaginine having to pay an actual printer every month. Sure, Color burned through a lot of cash–but part of what’s so appalling about that debacle is how unnecessary it was. As Mr. Salmon points out, magazine economics are mean as hell, in that any revenue over and above your costs is profit–but it’s hard to shave anything off those costs. You can take away the town cars and the Snapples, but in the grand scheme of things that’s basically nickels and dimes.

Nor is who wins necessarily a matter of simple Darwinism. Mr. Salmon points to Ad Age‘s picks and notes:

There’s no one on the planet who could have predicted even a few years ago that Harper’s Bazaar, Allure, and Traditional Home were particularly well positioned for this kind of glory. There’s something scary and random about the magazine industry — and in the world of magazines, failure hurts, much more than it does in Silicon Valley, where it’s a veritable badge of pride.

Oh yeah, and then there’s the fact that, while rumors of print’s death have been greatly exaggerated, the long-term potential isn’t what it used to be:

Venture capitalists don’t mind pouring money into digital startups, because the value of those startups, if things go well, will rise ten dollars for every dollar the VC spends. That’s an attractive business to chase. In the magazine industry, by contrast, it’s still very much possible to make profits. But how much is your magazine worth? If you make $10 million a year, but the value of your magazine is $40 million lower each year than it was the previous year, you’re not in a good position.

If you’re going to buy a lottery ticket, might as well buy the one that’s going to pay big money. 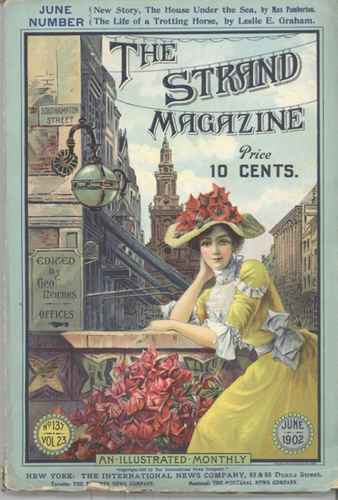