Mia Love has had a little help from the Romney family in her quest to become the Congresswoman from Utah’s Fourth District–and she wants to make sure voters know it. Ms. Love’s latest commercial, which was released online this morning, features audio from a robocall Mitt Romney made on her behalf. “Mitt Romney is calling,” text says on the screen share as a ringing phone is displayed. Mr. Romney’s voice is heard once a hand picks up the phone.

“This is Mitt Romney, I’m asking you to join me in supporting Mia Love,” Mr. Romney says. “Mia is the only candidate that will fight to reign in reckless spending and to lower taxes.” Ms. Love, who was born in Brooklyn, moved to Utah in 1998 after converting to Mormonism. She is currently the mayor of Saratoga Springs, Utah. Ms. Love is considered by many to be a rising star in the GOP and she gave a primetime speech at the Republican National Convention in August in which she shared the story of her parents’ immigrating from Haiti to the United States. Though she is facing a Democratic incumbent, Jim Matheson, the district is one of the most conservative Democratic-held seats in the country and Ms. Love led in recent polls. In addition to her robocall from Mr. Romney, Ms. Love has also had help from the Republican presidential candidate’s son, Josh Romney. The younger Mr. Romney gave Ms. Love his endorsement and has campaigned on her behalf. Watch Ms. Love’s new ad below. [youtube http://www.youtube.com/watch?v=vZKxFz2MZWE] 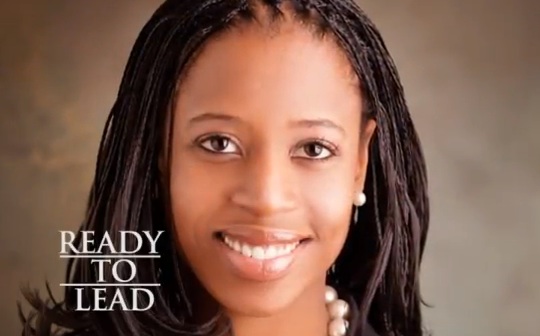